SAHG are never a band to take the easy road, and as they gear up for the September 23rd release of their next album, ‘Memento Mori’, what better way than to release a seven minute plus single…

And for once the blurb seems just about right…

‘Sanctimony’ is the perfect first single from ‘Memento Mori, because it tells a lot about what this album is: versatile, unpredictable, relentlessly uncompromising, and very heavy. It has a disturbing darkness to it, an untamed lunacy, and a soft shimmer of light.

What begins as a twisted, heavy stomper, ends up growing into a wretched monster, that clocks in at seven minutes, 30 seconds. So, yeah, it is the perfect single.

"Hide behind a shield of religion and let it justify your evil deeds."
- Olav Iversen (vocals, guitar) 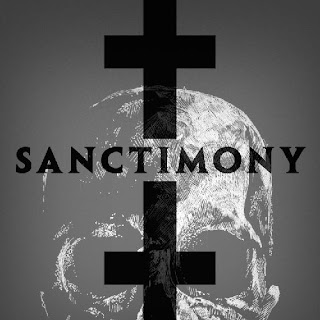 Email ThisBlogThis!Share to TwitterShare to FacebookShare to Pinterest
Labels: SAHG