Primordial go back to the beginning

WITH their last album 'Redemption at the Puritan's Hand' setting a new standard for Celtic Death/Folk metal, Primorial are now going back to basics - well not quite: the Skerries outfit are going back to the vibe that kicked off their career.

Their debut album 'Imrama' will be officially released on vinyl for the first time ever on April 2nd. The version out there already is, according to their label, "a bootleg of low quality. If you have purchased it you have been ripped off." 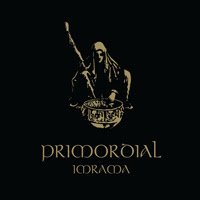 This official version will include a remaster of the album as well as a free poster and will be released as a Gatefold-LP with the original artwork!

Even though they are sometimes, like prophets in their own land, not given due accord, Primordial have time and time melded the dark tales and heroism of Ireland's past (both north and south) and inspired the likes of their label mates, Darkest Era, to incorporate legacy with whatever genre of metal is your preference.

With Imrama you can now get back to where it al began.

REMEMBE that day a few years back when metal en masse voted across Europe to acclaim Lordi as Eurovision winners? You do, good! Because the Finnish mentalists are to play Belfast.

Here are the details:

Lordi is ready for the release of the sixth studio album To Beast Or Not To Beast. The new album is musically the most aggressive Lordi album yet. The seeds of the new approach in Lordi’s music were originally planted and inspired by the technical and brutal way the band’s former drummer Otus played Lordi songs. For the first time in Lordi´s history, Mr Lordi was not the one, who set up the tone of the upcoming material. Amen wrote 3 riffs in the spring of 2011 inspired by late Otus´ drum patterns. Those riffs were to become the musical guidelines of the new album To Beast Or Not To Beast.

Year 2012 marked two anniversaries for Lordi, both the 20th year birthday since the bands birth and the 10th anniversary of the release of their debut album Get Heavy. However, all the planned celebration was quickly toned down hard, as the drummer Otus passed away on February 13th. After the time of silence, the band played the confirmed gigs and summer festivals accompanied by a musician mysteriously named as The Drummer. Another line-up change became reality in early August, when the long-time keyboard player Awa played at the anniversary show in Rovaniemi. That was her last gig with Lordi.

In late August 2012, the band went again to USA to record the sixth studio album under the production of Michael Wagener. In December, a new keyboardist Hella and a new drummer Mana were officially announced to be the new members of Lordi.

Lordi’s new album “To Beast or not to Beast” will be released on the 1st March. A single, entitled “Riff” will be out on February 8th.