Destruction, Metal Church, Criminal, Cancer and Onslaught lead a cast of other great acts, who will join Alestorm, Hammerfall and Napalm Death at next year’s Hard Rock Hell United III...


HRH united III, which has been sold out on accommodation since May this year, is pleased to announce another string of bands to an already impressive Metal Weekender. 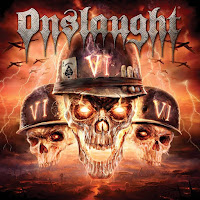 HRH United III takes place @ Camp HRH, Pwllheli, Gwynedd, North Wales on 23rd-26th march 2017. There are now less than 58 weekend passes left for the entire event which can be secured online @ www.hrhunited.com or by ringing Rebecca on 0207 193 9564

Current line up stands as follows


Derange , Boss Keloid , The Ever Living,