NEW Zealand rockers Devilskin have released their new single ‘Fade’, from the album ‘We Rise’, complete with video (see below).

Following the empowerment and self-belief of the singles ‘Start A Revolution’ and the introspective ‘Never See The Light’, sonically softer than its predecessors, Fade is just as relevant and just as powerful.

Fade was one of the first songs they wrote together as a band and they believe “its genesis really propelled Devilskin onto bigger and better things.”


Shot on a cold wooded beach out of Auckland, Devilskin wanted the beauty of nature as a backdrop to capture all the elements of the song, “beauty, mystique, power, passion and hurt.”


Fade along with Never See The Light and  Start A Revolution are taken from their debut album We Rise. The album debuted at #1 in New Zealand and became the first album since 2010 by a domestic rock band to achieve Platinum status, while the critics have lauded its UK release.


We Rise, has now been in the NZ Albums chart for 100 weeks while the videos for We Rise, have amassed over in excess of 1.82 million views on YouTube. 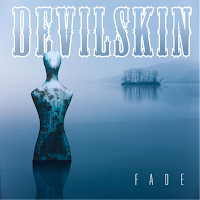 The four piece Devilskin hail from Hamilton, New Zealand and comprise of Jennie Skulander on vocals, the red bearded ‘evil twins’ Nail and Paul Martin on guitars and Nic Martin on drums.


Devilskin are currently mixing their new album and plan to return to the UK and Europe early 2017.