NEWS: Gary Rossington releases new album with wife Dale, under the Rossington monicker - Take It On Faith out November 4th

Gary Rossington, the legendary founding member and guitarist of Lynyrd Skynyrd along with his wife, Dale Krantz-Rossington, whom many call The First Lady of Southern Rock, release the heartfelt, soul-grabbing, bluesy new album Take It On Faith, under the name Rossington on November 4, 2016 on Loud & Proud Records.

The duo has been making beautiful music together for over 35 years beginning when Dale opened for Skynyrd in ’77 while she was singing with 38 Special, then as part of Rossington Collins Band in the ‘80s and then and now as part of the legendary Lynyrd Skynyrd family.

Take It On Faith is comprised of 12 songs that are all ably supplemented by an ace studio band that was put together by the album’s producer and engineer, David Z (Prince, Etta James, Buddy Guy).
The line-up reads like a who’s who of studio masters (full list below) including Ben Fowler (Lynyrd Skynyrd, Hank Williams, Billy Currington, Sara Evans), who provided additional mixing and production, players such as the late Richie Hayward on drums, Jack Holder on guitar, Bruce McCabe on piano and keyboards and David Smith on bass as well as some great guests including ZZ Top’s Billy Gibbons who co-wrote “Good Side of Good,” Delbert McClinton blowing a mean harp to butter up some tasty guitar licks from two-time Grammy-Award winning producer, hit songwriter, recording artist and session guitarist, Gary Nicholson on “Dance While You’re Cookin’” as well as Bekka Bramlett, who has sung with everyone from Fleetwood Mac to Billy Joel to Robert Plant over the years.

As a guitar player, Gary is a master and it’s evident on tracks like “Shame on Me” and “Good Side of Good,” reinforcing the man’s expertise on his chosen instrument.  From the unstoppable drive of “Highway of Love” to the gritty lament of “Shame on Me” to the gutsy guitar showcase on “Too Many Rainy Days,”Take It On Faith spotlights the many facets of Gary and Dale’s intuitive chemistry, hearkening back to the roots of fine Rossington Collins Band hits like “Don’t Misunderstand Me,” “Prime Time,” and “Opportunity.”

Gary co-founded The Rossington Collins Band with Collins in 1980. The band released two albums, including the 1981 Gold album Anytime, Anyplace, Anywhere which yielded the rock hit “Don’t Misunderstand Me,” featuring Gary’s wife Dale on lead vocals.  But they disbanded in 1982 after the death of Collins' wife, Kathy. Gary and Dale then formed The Rossington Band, which released two albums in 1986 and 1988, respectively.

For years, neither Gary nor Dale had any plans to cut another record together under the Rossington umbrella, content to share both stage and studio with their fellow Lynyrd Skynyrd brothers and sisters. Eventually, though, they realized they couldn’t ignore the wishes of their ardent fans any longer. “We do meet and greets every night when we’re on tour,” says Gary “and fans just kept asking us if we were ever going to do anything again, and we kept saying no but even the Skynyrd band would say during those meet and greets, ‘Hey, go do something — the fans want to hear it.’ Finally, we thought, ‘Well, let’s just do it.’  “Right now, we consider it a gift to the fans. We did it for them, and I hope they like it. They asked us to do something again, so we did it. We seized that opportunity, and ran with it. And we’re real excited it’s finally coming out.”
Tom Lipsky, President of Loud & Proud Records, commented “It is a joy and an honor to bring this very special music to the fans. Take It On Faith is beautiful and personal, full of emotion crafted with superb musicianship, and it showcases the extraordinary talent of both Gary and Dale."
And look at the line-up on this release
Players on Take It On Faith:
Gary Rossington - guitar
Dale Rossington - vocals
Jack Holder - guitar
Richie Hayward - drums
Bruce McCabe - piano, keyboards
Delbert McClinton- harmonica
Gary Nicholson - guitar
David Smith - bass
Reese Winans - organ
Kenny Greenburg - guitar overdubs
Michael Rojas – piano
Gordon Mote - piano and B3 overdubs
Shawn Camp - dobro
Bekka Bramlett & Vicki Hampton - additional vocals 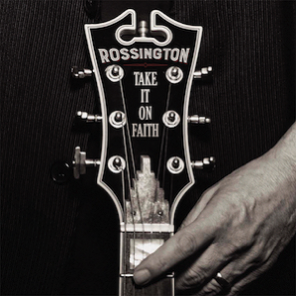