NEWS: Out Came The Wolves get set for début album release ‘Strange Fate’

ROADRUNNER Records’ act, Out Came The Wolves, have announced details of their debut album.


‘Strange Fate’ will be the Minneapolis-based band’s first full-length album, set for release on October 28th and was recorded and produced by Drew Fulk in Los Angeles.

Out Came The Wolves said this their début: “This album is the culmination of our endless hard work and we couldn't be more excited to finally reach this turning point in our lives.


“And even more so we can't wait to play these songs on every stage we can. We know these songs will mean as much to listeners as they do to us so this isn't just about releasing music; it's about using ‘Strange Fate’ as a medium to connect with anyone from any culture around the world. ‘Strange Fate’ is finally here, and it's here to stay.”

‘Strange Fate’ captures Out Came The Wolves’ darkest and most revealing moments. 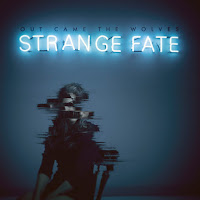 The album is available now for pre-order at all DSPs with physical bundles available via www.outcamethewolves.com.

All digital pre-orders will receive an instant download of the album’s first single, “Bleed” which is streaming now along with an official music video at www.outcamethewolves.com and on the band’s official YouTube channel, www.youtube.com/octwofficial.  Additionally, all digital pre-orders will also receive instant downloads of Out Came The Wolves’ previously released singles “96” and “Queen Mary,” which are featured on ‘Strange Fate’.


Out Came The Wolves are currently on the Alternative Press presented “Hell In The Hallways Tour” also featuring Ice Nine Kills, Secrets, Sylar, and Cover Your Tracks, until October 16.