LIVE REVIEW: Voodoo shaken to foundations by Raging Speedhorn, ably assisted by Dead Label and By Any Means

BELFAST'S Voodoo on a Sunday. The Lord's Day. The Day of Rest. A day for quiet reflection. On Sunday, 18th September there was no quiet time as the Fountain Street venue was shaken to the foundations by Raging Speedhorn.

The six-piece metal force were rounding up a brief Irish tour, as part of this leg of the Lost Ritual Tour, after dates in Cork and Dublin with compatriots Dead Label and By Any Means, who reported themselves as "broken" after the dates.

Dublin three-piece Dead Label have developed a meaty sound over the past two years and have been no strangers to Belfast.

With their latest album forming the core of their set they appear confident and strident in their music and message. We look forward to many more appearances north of the border.

Despite the vagaries of recent touring that left some members 'fragile' By Any Means arrive on stage like a force of whatever nature is left in Belfast. Micky Higgins prowls around the audience for the first couple of tunes.

As he bellows out 'Built On Respect' the respect the hometown crowd gives the respect the band deserves. Their hardcore with a metallic edge translates so well with the passion the four members play each track.

The messages of the songs are powerful, and the performance matches that intensity. A superb version of 'The Hammer' is just one of the many highlights of BAM's set.

Raging Speedhorn were making their first appearance in Belfast since 2007 and they receive a welcome as if they were conquering heroes.

Since reforming after a few years hiatus Speedhorn have recorded a new album and even more keenly honed their already fearsome live show to a leathul edge.

Mixing old favourites with a healthy representation from 'Lost Ritual' from start to finish the entire band ooze sweat from every pore and invoke a similar passion from the crowd.

John and Frank dominate the audience as 'Hate Song' kicks off the hour-long show. and, the pace never slows. Sod the genre shit, this is just metal pure and not so simple.

There were no fillers here as new songs like 'Motorhead', 'Dogshit Blues' merged effortlessly with the likes of the band's first ever single 'Thumper' - all the way back in 2000.

However, this was not a band rolling back the years. This was a band still as relevant in 2016 as they were when they were starting off their musical career back in Corby. They even drew Paul BAM into the pit at one point.

What was evident as the crowd emerged into the late Sunday night air were the smiles and the chatter over each other's favourites. And, ringing ears...

Full-on music power and prowess - it may not have been an evening of quiet reflection, but this show will be reflected upon fondly for quite some time. 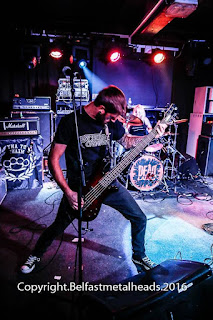 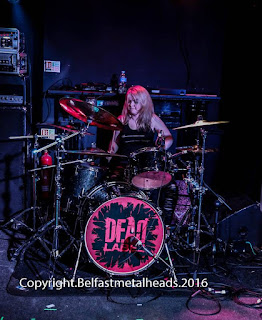 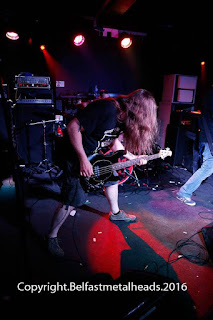 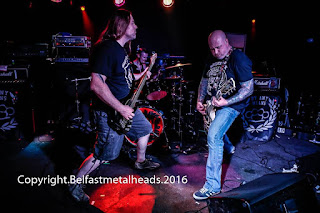 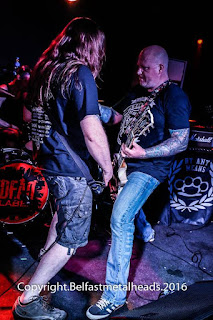 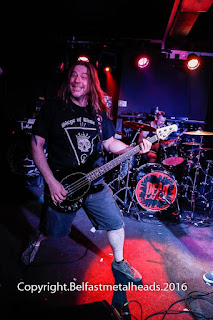 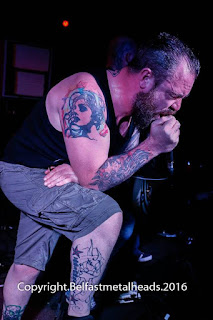 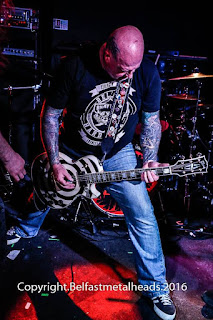 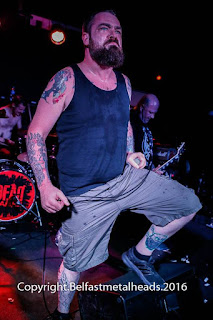 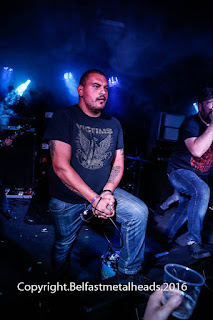 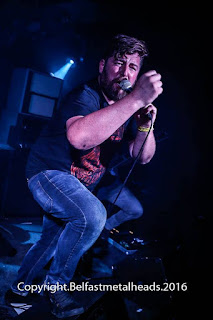 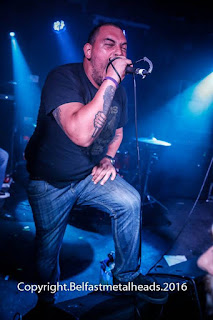 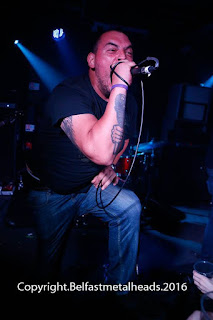 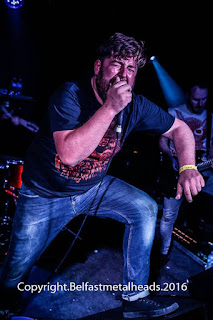 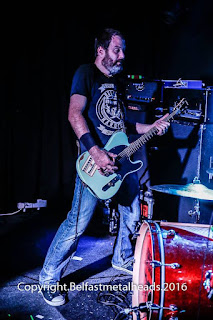 Reproduction by written permission only