LIVE REVIEW: This is metal, and this is how it is done - masterclass from Terminus and Chariot in the Diamond Rock Club

FORGET all your genres, sub-genres, post this and post that interpretations on metal - when it comes right down to it there is only one thing - is it heavy metal?

At the Diamond Rock Club on Saturday (September 3rd) Terminus and Chariot gave a masterclass in what heavy metal really is - pure, joyous, no frills, riff laden, loud, fucking proud and beer drenched.

For those who may prefer their metal filled with pretentious posing and playing to the gallery, this was a lesson in the basics of live metal playing. Passion, sweat, blood and only tears of joy...

Terminus give the 'classic' metal sound a contemporary twist, with a dash of sci fi joy. Like Chariot later they have that oft-misunderstood thing called presence on stage. It's not something you can force, but rehearsing, playing and having good tunes goes a long way to delivering that presence on stage.

Leading from the front, man mountain James has a delicacy in his range to match the ferocity, and commands the stage.

With the guitars of Paul and Gavin adding texture and tone, the two Davids (McCallum, bass, Gillespie, drums) add a roller coaster rhythm section that adds to the climactic, apocalyptic feel of many of the tunes, with 'The Merchant Princes' and opener 'The Reaper's Spiral' among stand-out tunes.

'Centaurean' is already a live favourite, and those familiar join in at every opportunity with this closer, that has an epic texture for an epic tale.

That Terminus are invited frequently to play across Europe is testament to their sheer ability - with a new record being laid down we anticipate many more invitations, and dare we say it, that elusive breakthrough may happen.

Chariot have been knocking about for a while now. They were among the many bands during the dawning of the New Wave of British Heavy Metal, and are still playing metal the way they like it, and the way we like it too.

Pete is the epitome of a rhythm guitarist/vocalist and is one of the 'smiliest' men in metal, only equalled by John on bass.

And, that is what the secret really is as to why Chariot go down so well - whether it be a track that is from their formative years, or something bang up-to-date , they seem to genuinely enjoy slamming them out and just being on stage.

There are almost too many songs that work well on the Diamond stage to enumerate, but 'Love Me or Leave Me', Rock My World' and 'Screams' are give a fantastic feeling to the whole set, with closer 'Vig' a perfect wrap.

Paul Lane's lead work walks the tightrope between 'shredding' and making sure each solo matches the song. It's a feat that few can pull off but Paul makes it seem effortless.

Given it's the Diamond Pete took the opportunity to go for a wee dander á la Joel of Airbourne, but Pete's romp around the venue feels more spontaneous than the planned O'Keefe move...and Pete is smiling all over the fecking place as he runs around.

Jeff sitting astride his drum stool must have envied Pete's walk about, because he must have been sweltered on stage, but his playing never wilted the whole time.

Chariot may, some of the more snobby reporters may say, be a throwback, but that is to miss the point. They play the metal that inspired a whole generation to pick up a guitar, a generation that rode out the vagaries of grunge and pop punk and emerged still with the riff in their hearts.

That so many in the Diamond - of a range of ages - were wearing the Chariot 'Behind The Wire' t-shirt is a testament to their continuing influence, and we hope to see the band again soon, smiling and rocking the fuck out...

Review by Jonny
Pictures by Lizzie and Jonny 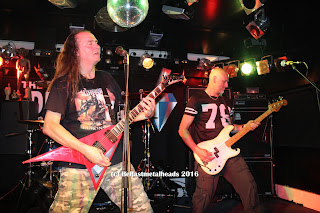 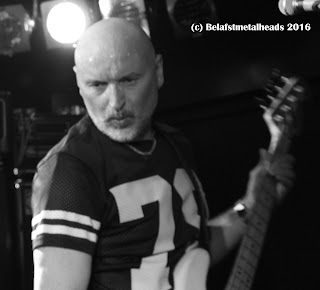 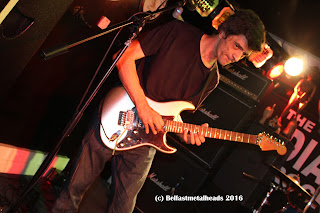 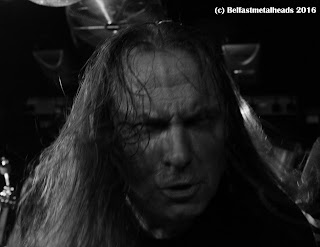 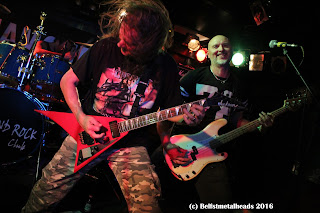 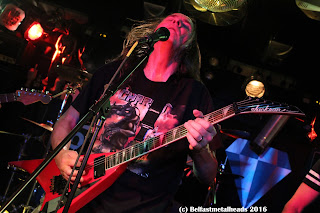 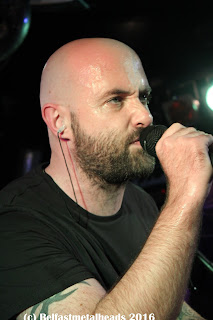 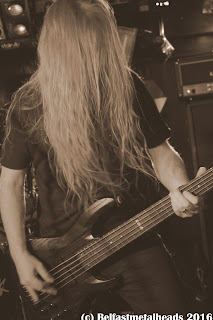 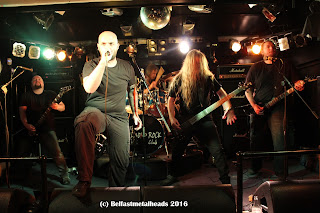 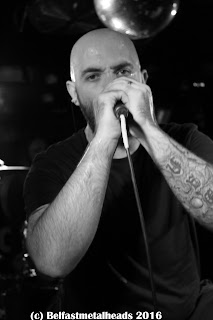