IF you are the founder of one of the biggest ever bands in the world, not just in metal, but in all feckin' genres, you have some downtime. So what to do you do? Polish all the platinum discs? Tidy up the wads of notes? Make a charitable donation to something obscure? 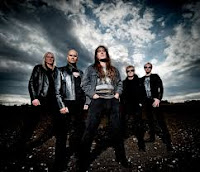 Well, Bruce might be a pilot and all that, but Steve Harris decided that during his downtime from being in Maiden he would...form a new band, record an album..and now tour, including Belfast.

Yeah - Steve  could do what he wants, but no, he just loves playing.

The album released a couple of years back features Richard Taylor on vocals and has a very much British sound of the 70s, with definite nods to the likes of UFO.

But, what we are really looking forward to is hearing the likes of 'Karma Killer' and 'Eyes of the Young' live, as well as Mr Harris' adapted bass techniques. 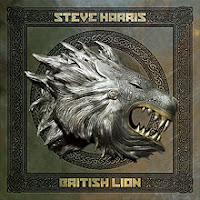 Reinforced monitor speakers are being ordered in order that the trademark pose can be delivered on stage at Limelight1 on Tuesday, December 6th.

The price for this epic night, brought to you by The Distortion Project, is a mere £20, with tickets on sale on Monday.

A Message from Steve -

“It’s been great fun taking British Lion out on the road over the past three years and I’m delighted we have the opportunity to play some more shows in 2016. This club tour will be our most extensive European one yet. Due to the routing, we’re not able to get to Scandanavia this time round but will definitely see our fans there next time. On this tour we’ll be making our first visits to Slovakia, Czech Republic, Hungary, Poland, Southern and Northern Ireland, as well as a number of different cities in countries we’ve visited on previous tours. We’ve got a really strong show lined up including plenty of songs not on the British Lion album. The whole band is really excited and can’t wait to get out on the road again. We’ll be looking to record some more shows on this tour to add to the recordings we already have for an upcoming live album.”
Posted by Jonny at 2:03 pm