THEY are the most under appreciated bands in the history of metal, a band whose licks, tricks and arrangements helped shape so many bands, but they are practically unequalled live - even when down one guitarist Diamond Head deliver.

It might be the case that Diamond Head are playing venues much smaller than they deserve, but they pack the Voodoo in Belfast with fans new and old - not just because of their reputation, but because there is a renewed buzz about Diamond Head and their self-titled release earlier this year.

Local act, Terminus, had the job of opening up proceedings and the five-piece roared into action just a few short weeks after performing a similar task for Chariot.

Their set is well-balanced and the entire arrangement speaks of a band that knows what to do and how to do it And, judging by several down the front singing along with many of the lyrics, it is clear that they are mining seams familiar to many in the audience

James is a commanding presence as they open with 'Reaper's Spiral' in a nine-song set that featured Paul and Gavin locked with riffs and solos.

'The Merchant Princes' and 'Poseidon's Children' may be stand-outs in the set, but the closer 'Centaurean' is obviously not only the mightiest of their tunes, but one that draws more people down front with its magnetic draw and sheer immense playing and tale.

We reckon that when Terminus release new material there will be an even bigger audience wanting to hear their sci-fi metal.

As the changeover began smoke breaks and bar queues had a sense of urgency, such was the desire to be in place when Diamond Head kick off their set.

They may have been reduced to a four-piece, but there was no audible sign of a band just pushing through; instead the acolytes were rewarded with a band showcasing what metal can be in the hands of experienced and accomplished musicians.

Of course, Brian Tatler is at the core of everything Diamond Head do, but this is no 'pension act', no re-tread; Rasmus and Brian seem to have a familial link once on stage.

Hits, anthems we all know fit in well with the three new tracks on display. 'Bones', Diamonds' and 'Shout At The Devil' may only been heard by fans for the first time in March, but they are not out of place in the set - 'Shout...' even serves as the last song before that iconic closer.

Yes, the audience were mainly there to hear the likes of 'Lightning to the Nations, 'It's Electric', 'Helpless', and 'The Prince' however, the sheer confidence of the delivery of the songs that were formative for most of the early thrash acts was outstanding.

Dean (bass) and Karl (drums) have nailed down the precise nature of the deceptively complex of the songs. It's hard to believe Dean only joined the band this year, such is the aplomb with which he fits in.

From the very moment that the band arrive on stage, through to the point they leave to enthusiastic cheers and applause Diamond Head show they know how to perform - visually there is constant movement, inter-change and smiles from the band.

Rasmus uses every inch of the stage and Brian and Dean do what so many players forget - eye contact with the audience and each other.

The reaction to all songs from the crowd was febrile at times, but, of course, 'Am I Evil' had the Voodoo vibrating to its very core. 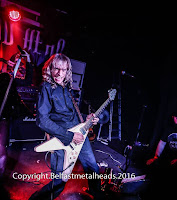 Yes, it was a song many came to via Metallica, but its place in metal history was already assured. It is a track older fans and newer fans have established as a place in time; a moment when for many metal clicked into place and the world was a better place for the denim-bedecked masses.

Mass singalong and arms punching the air - it is nothing less than Diamond Head deserves, but the positive reaction to all the songs proved that DH are not a heritage act. Sure, they will always be expected to play the older songs, but the future of writing and performing looks bright.

Evil? If evil means metal this good, sign us up every time Brian and co are in town. 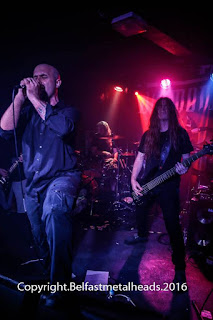 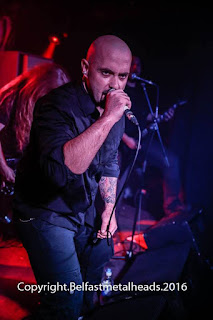 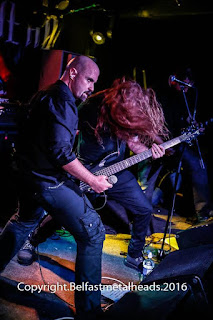 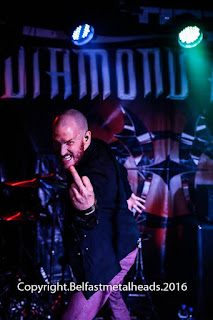 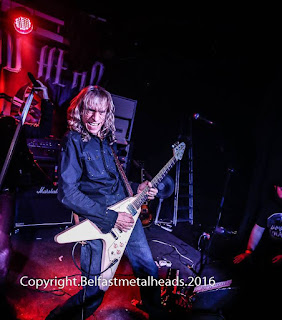 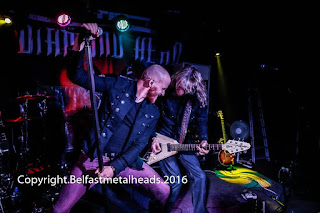 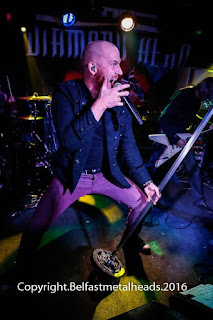 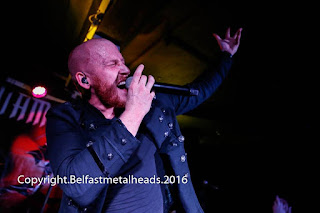 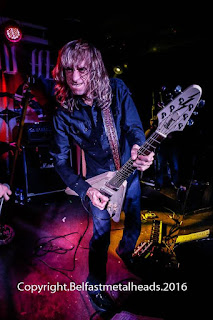 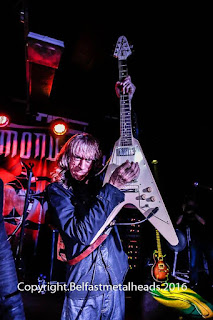 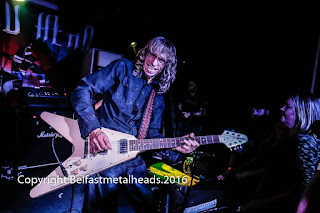 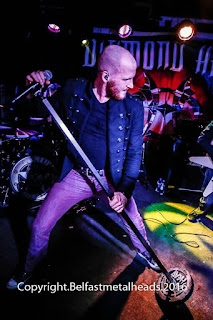 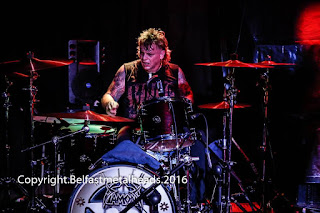 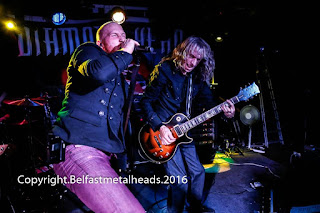 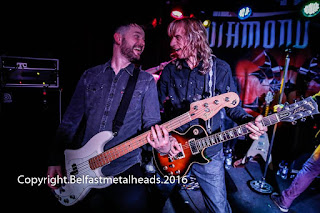