NEWS: Haters can just feck aff - Metallica are coming back and we don't care what you think cuz we're Hardwired - To Self Destruct

But there are some band's news that we cannot express that sense of remove, so excuse us if we are a little over-excited... 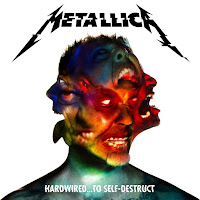 Cue the people who will now trot out the old lines about "only the first three albums are worth it", or "everything after the 'Black' album is shit".

We care not a whit as our site owner and editor firmly believes in the credo "Birth, School, Metallica, Death". There are others who work on the site who may disagree, but if they do so they may whisper it quietly...

Right, down to brass tacks.

On November 18th, 2016 the long-awaited follow-up to 'Death Magnetic' will land. Entitled 'Hardwired - To Self Destruct' it is a double album of 12 tracks. And, no Rick Rubin producing it (that digital compression on '...Magnetic' is hopefully gone. 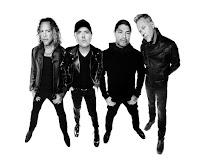 Helming production is Greg Fidelman, with James and Lars twiddling the knobs too.

Of course it will come, as always these days in  a bewildering array of formats, but the core track listing is below.

Can't wait to get a listen? Well Metallica have released 'Hardwired' as a video. Watch it below and "bang that head that doesn't bang".