OKAY there are some releases that leave you scratching your head and wondering what the hell is going on, are you tripping, hungover or still drunk.

Such was the case when Finsterfrost's ep '#Yolo' descended into metal mansion. After their impressive 2015 release 'Mach Dich Frei' we had high hopes for this ep from the German folk metallers. 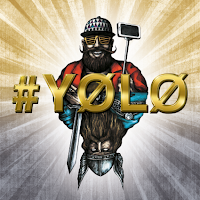 Five new tracks and four cover versions and a trad song really means this ep is more a min-album than an ep, so with much stroking of the chin we dived in...

Well it was not what we were expecting...

Sure the new songs are what we would expect, with mad but great instrumentation. Surging, rolling tracks that are infused with folk sensibilities. So far so folk metal.

But...but what the heck is 'Wrecking Ball' doing on here? For those, like most of the Belfastmetalheadsreunited team we had to do some research. Death metal corr, Zakk, reported that this was a Miley Cyrus song that had been subjected to much internet piss take.

We them embarked upon that thing called 'googling' and found loads of songs of the same title but we braced ourselves and listened to that Cyrus version. Reeking of auto-tuning Finsterfrost take it, play with it and well....it is okay; one for parties with a smattering of pop fans as well as metallers.

Equally, a beefed up 'Beat It' is one for drunken party revellers. There's also a cover of a German hip-hop act called K.I.Z. but the less said about that the better.

It all ends up with a cover of 'Wild Rover'. With the guitars on first listen this turns this song into something resembling a dirge. Second listen and we get it. At the end of a raucous party, as things are winding down, some are dozing and the taxis have been ordered this is 'Wild Rover' sounds like to anyone sober enough to actually hear what the fading revellers are 'singing'. 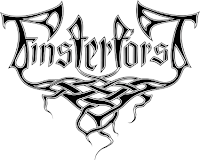 So where does this leave the ep? The new songs are as good as you would expect from Finsterfrost and the covers are insane, yet close enough to the originals to perk interest.

What this does come across as a placeholder. Something in between albums, something to cop a few tour dates. We may not forgive them for having to listen to the godawful Cyrus woman, but when this review is published we'll be cracking a beer later in the evening and toasting #Yolo. We'll, however, skip 'Wrecking Ball' lest we be further contaminated.