ALBUM REVIEW: Tesla back to Mechanical Resonance with a live offering...and new stuff

30 years on from the release of Tesla’s 1986 multi platinum debut album Mechanical Resonance the band decided to re-release this signature album as a live recording. Bands from this era have recently been touring seminal albums  in their entirety but Tesla went all out to release theirs, albeit with a few running order changes and a new studio recording.


You pretty much know what you’re going to get with Tesla, solid rhythm section from Brian Wheat and Troy Luccketta, searing guitar work from Dave Rude and in particular Frank Hannon, but the surprise here is Jeff Keiths’ vocals.

Ok, he can’t quite the higher notes like he used to but has found a way to craft and deliver his vocals with a slightly raspier sound that suits the songs perfectly. At times JK goes a bit Steven Tyler, like on album opener “Rock Me To The Top” and “Getting Better” but his delivery on “ We’re No Good Together” is dripping with emotion, which considering he’s been singing the damn thing for 30 years is no mean feat in itself. Other songs of note would be “Changes” and, of course, “Modern Day Cowboy”.


The effectiveness of Hannon and Rude as a duo is superbly highlighted on songs such as “EZ Come EZ Go”, “Comin’ Atcha Live”, “ We’re No Good Together” and “Modern Day Cowboy”. The sound is pretty much crystal clear throughout with apparently no nob twiddling taking place in the studio.


The only downside to this is the rather lack lustre ‘audience’ participation which is only heard at the end of each song and during quieter moments. Its sounds at times as if they were in the carpark next door.


The album may have benefitted from a bit more atmosphere to give it that truly ‘live’ feel but its hard to argue against the quality of musicianship on display from a band clearly comfortable in their own skins.


The same cannot be said however for the closing studio offering “Save That Goodness”. Co- written by Phil Collen it has a more Def Leppard sound than Tesla and would surely have been thrown in the bin if recorded during the ‘Simplicity’ sessions. It’s not a bad song it’s just not really Tesla.


That aside this is an album worth buying for Tesla fans old and new alike. An underrated band who should’ve been much bigger yet still produce the goods.
Review by Andy Gillen 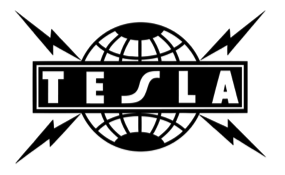