THE Netherlands are famous for many things like windmills, tulips, clogs, and certain coffee shops. Now they may well be famous for excellent symphonic metal as Delain continue their 10-year campaign to wave the flag for hard rocking operatic style metal.


With their fifth album, ‘Moonbathers’ cements Delain as a force of symphonic power metal par excellence. All its tracks are catchy and continues to show how diverse they can be with an album that rocks out with a pop like feel.


Make no mistake this is not a criticism, it’s quite refreshing and can appeal to a much wider audience than pure metal fans. 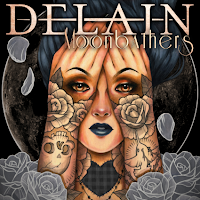 Kicking the whole 11 track album off ‘Hand of Gold’ is a piece of heavy metal orchestral elegance pounding forward at a hectic speed. Over it all, comes the steering vocals of Charlotte Wessels. Its pounding feel and orchestral arrangement will make you want to shout “Fus Ro Dah” at certain points. Seriously, after the first few seconds you will be itching to go all Dhovakiin and play Skyrim...[Editor’s Note: Games correspondent Z at this point reached for his controller…]


Again we have a fantastic heavy symphony in the deliverance of ‘The Glory and The Scum’ with the perfect synchronicity of Charlotte’s elusive vocals and the heavy thunderous melody pumped out through the banging guitars and pounding drums. The chorus is very catchy.


With ‘Suckerpunch’ the diversity of the album begins to show with this very upbeat almost pop culture song that has an incredible Europhile feeling about it. Almost as if it was one of the more serious entries for the Eurovision song contest… So this definitely ticks the eurocore rock box. Catchy and orchestrally driven with the undercurrent and power of heavy guitar riffs, the song also gives off that movie-esque opening action sequence sentiment. 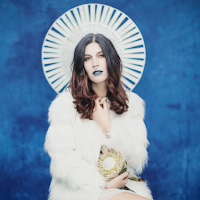 The wind of metal picks up into ‘The Hurricane’, a song that sounds as if ABBA decided that they wanted to go symphonic metal though it has a Heart like feel about it too. You can feel the emotion coming through in the vocals. An excellent track.


And then comes ‘The Chrysalis – the last breath’.  An almost Adele or even Kate Bush style orchestral ballad in both composition and delivery. That is far from denigrating this track. As rock and metal ballads go this is quite good with that Bond-eque feeling about it. You may even get a twinge of Chrissie Hynde’s ‘I’ll stand by you’ in some of the vocal style used. It is a beautiful track with a dark streak running all the way through it.


Down like a blacksmith’s hammer beating out the metal comes the song ‘Fire with Fire’ to drag you back to the core of the album – this is symphonic power metal. Another cracking track that has that lashing heavy rhythm driving the song on. You will headbang to this. Yes, you will.


The ‘Pendulum’ swings heavy next to deliver a wailingly good track. Heavy melodies with the harmony of Charlotte’s voice produces another example of solid catchy metal.


Probably the ‘Marmite’ track on the album, ‘Danse Macabre’ kicks off like the beginning of an Ibiza trance track. While it is a good tune it may put you in mind a little too much of sparkly vampires. This obviously will appeal to some, whilst others will be immediately getting on the hotline to Blade.


Then a little twist comes with ‘Scanda’”, a cover of Queen’s song from the album ‘The Miracle’ which Delain again put an ABBA sounding spin on it and works beautifully, feeling like modern Euro metal wearing fabulous glittering 1980’s pomp. It will also make you want to crank out your Queen collection again.

Classic Delain comes in the form of ‘Turn out the Lights’ providing a light anthemic feel to the proceedings along the lines of “Stardust” from their previous album.


Finally comes ‘The Monarch’. The last of 11 songs on this album. And it feels like the credits theme tune, giving a feeling of recapping what has come before and bringing the whole thing back to where it started.  It is mostly instrumental that may put you in mind of the end of Faith No More’s ‘Epic’ reimagined for a panoramic Western along with a reprised feeling of the Dragonborn. Fus Ro Dah for the win! When Charlotte’s haunting vocals push in along with the strings and piano it just paints a beautiful picture and a fantastic way to end.


This album has a little bit for everyone without feeling disjointed, as Delain do well in taking an eclectic bag of songs and own them as a whole. There is a connectedness to the album which can be important when it has a lot of diverse tracks.


Obviously Delain fans will like this album as it continues the sound, tunes, and production of the band’s eurocore feel.  Martijn Westerholt , co-founder and Keyboard player,  actually sums up Delain’s album perfectly saying “It’s an album of extremes: the heavy songs are heavier, the ballad more sensitive, and then there’s songs with a real rock vibe, and that’s due to the way we recorded it, in different times, in different places and in different moods.”


Well worth adding to your collection, “Moonbathers” is out now.


Review by Ivor Whitten
Posted by Jonny at 6:24 pm