WHEN there was a promise of six bands bringing a storm of noise to Belfast's Voodoo it was a prospect that both filled attendees with excitement and a certain amount of trepidation...After all, cramming that many bands into a short time-slot had the potential for technical disasters.

With just a 10-minute turnaround between bands there turned out to remarkable clarity of sound and great separation across the elements showcased what a good soundman can do.

But, could the bands live up to the great set-up? Given the diversity of styles they managed to pull off a night of entertainment a range of sludge, stoner and doom that varied in dynamics and tone.

Opening up was a considerable challenge for two-piece Maw, but they managed to produce a well-balanced set. There were a couple of moments of tiny faltering, but overall they managed to maintain composure.

Their sound was well filled out for just drums and guitar, but in future they could consider adding a bass to reduce pressure on the rhythm elements that give their songs so much drive.

After just a few gigs under their belts Goatschlager seemed to have achieved a presence that belies the age of the band, if not the collective experience.

Their stoner sound works well and Darren works well s a front man, and the band understand tonality. There were, however,  a few moments that require more polish that will add to the overall excellence.

Moving from stoner to the sludge doomy sounds Korvid retained the audience and it was obvious they have a devoted following.

Their sound has all the elements of traditional doom, but have enough variety of pacing and power to keep it interesting.

Jonny's range of vocals is impressive in range and tone, backed by a band that pulls no punches.

The fuzzed out sludge of Elder Druid could have merged into the previous band's sound, but had enough of their own distinctiveness to set themselves apart. Gregg's initial struggles with mic stand didn't hinder his delivery.

Not for the first time echoes of Sabbath reverberated around the room with a sure footed stomp. There is a clear seanse that Elder Druid can reach further in the live setting.

The three guitars don't overwhelm each other, but rather complement the intent and intensity. What could be overpowering is instead weirdly enjoyable.

They have poise and power in equal measures and a range of songs that are never dull.

With their now trademark synth on a stool Nomadic Rituals doom and sludge has at times elements of prog rock within their wall of sound.

What could be boring in less capable hands is a sense of arrangements and soundscape that invites listeners in, and has sufficient depth to retain interest.

Craig, Peter and Mark have clearly considered how to promote their unique take on doom. There is enough variety in the tunes to sustain the attention.

Voodoom more than lived up to expectations, despite the challenge of putting on six bands. And it proved that despite the clichés that surround the tags of doom, sludge or stoner there is still enough variety in Northern Ireland to confound the critics.

Review and pictures by Jonny -  Reproduction only by explicit written consent. 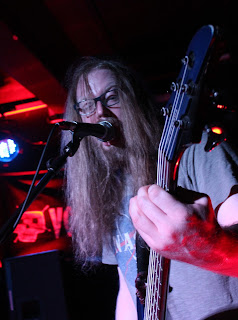 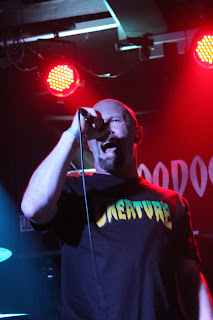 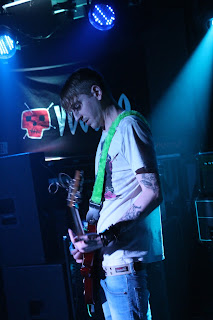 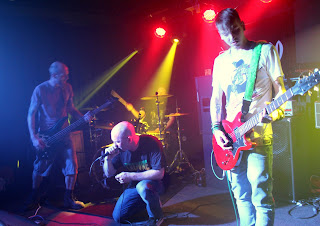 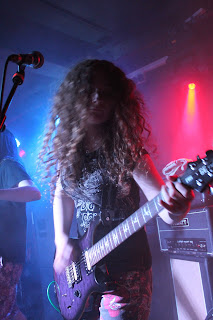 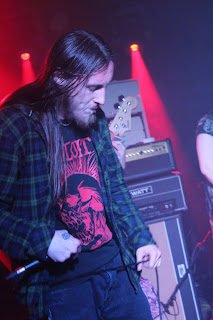 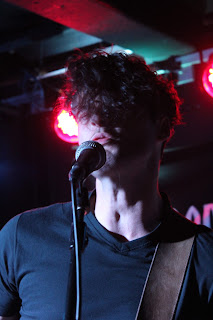 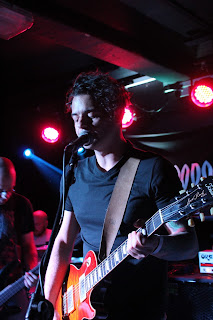 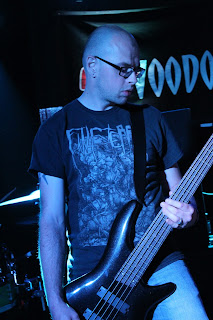 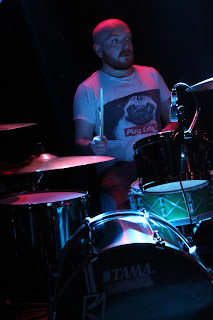 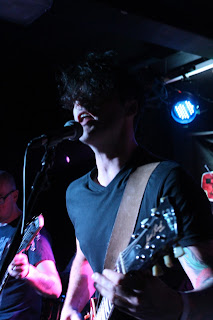 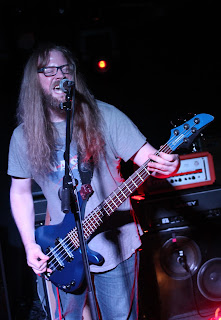 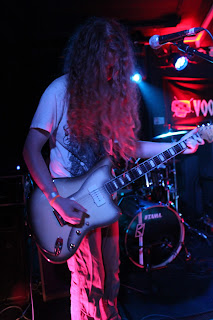 A fair and in some points generous assesment