Swedish riff lords Grand Magus are very pleased to announce that they will be returning to our UK and Irish shores in March and April 2017 for a run of 8 headline shows. They follow their already-announced appearance at Hammerfest 2017 in Pwllheli, North Wales.

The tour includes a Belfast date on March 26th.

"By Odin's beard! The Magus will be returning to the British isles for a headline tour with all that it entails in 2017. We will bring the metal without compromise, forged in iron - crowned in steel!"

The eight day run will take the band from Dublin’s Voodoo Lounge on 25th March, across our shores until 2nd April culminating with a grand finale at renowned London venue The Underworld. 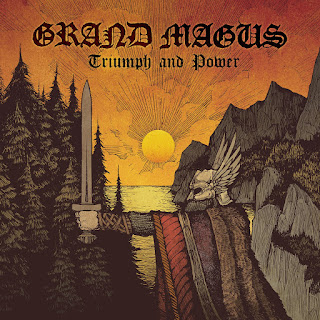