HE is almost impossibly happy to be on stage, charming and cheerful just doing his job as a singer in front of fans - Mr Dan Reed.

Making a welcome return to the Diamond Rock Club, Ahoghill on Saturday (5th November) Dan was as always a consummate performer, but more than that he is one of the smiliest people on Planet Earth, only rivalled by our own Pat McManus in the grinning stakes.

No Network this time, just Dan, a couple of acoustic guitars and a keyboard. And, apart from a core few songs, the man took requests - and dealt with a lot of banter too.

Never mind that 'Rainbow Child' is the most recalled song, this was a show about those who wanted the full diverse range from his acoustic works, as well as the Network tracks.

On the Diamond Rock Club stage he not only comes across at ease, but also showing all that he is 'Stronger Than Steel' adding the light touches to familiar tunes that add enough in the live setting to set them alight.

The audience were barely 'Coming Up For Air' between tracks, when the man threw in another track to draw yet more to the front.

As with all his appearances at the Diamond he was off stage moments after the set was done, chatting, posing for selfies, signing CDs, and just being a normal guy.

And, that is what makes a Dan Reed show that bit special. He is a normal guy whose job is playing music. He dresses the same off stage and on, however, when he straps on his guitar or sits behind his keyboard there is a transformation. That normal guy turns into a craftsman; a craftsman with a twinkle in his eye and a flicker of genius in his fingers.

With plans afoot for new releases from him and the Network as well as more collaborations, with the likes of Danny Vaughn we can hopefully look forward to more appearances in Northern Ireland. 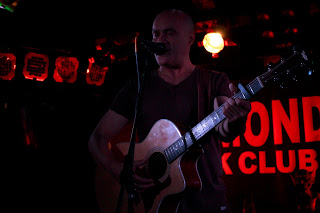 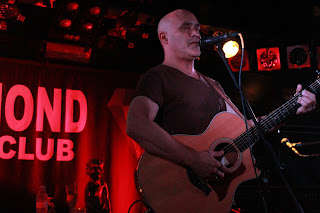 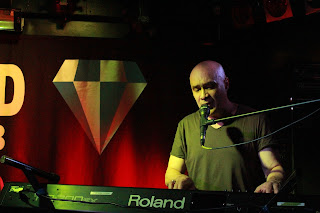