LIVE REVIEW: Mining the past - Kadavar, Stray Train and Erosion

IT'S often said in fashion circles that “everything old is new again”, that the act of recycling past ideas means that the 'latest thing', while being based on history, is also fresh and exciting.

The same could be said for music, with the rock and heavy metal genres being particularly fond of paying homage to past heroes.

Thus is was that three bands who are fairly newly created, invited their audience into the past in Belfast's Voodoo bar on Thursday night.

Local rockers Erosion kicked off proceedings with their deep, bold 'groove x thrash metal' sound. Blasting from the starting blocks in fiery fashion with 'Giving All One's Got', they prove to be in fighting form tonight, particularly vocalist and drummer Mark Stewart, who tackles his duel role brilliantly.

After an unfortunate incident with an extremely drunk and enthusiastic fan they wrap up rather Sabbath-y final number 'The Eclipsed', complete with 'Witches of Eastwick' intro, with aplomb.

Moving slightly further afield, it was then time for Slovenia's Stray Train, whose focus on rock and roll's blues roots results in a set filled with ass-shaking grooves and huge, beaming hooks. Rather like a swingier and way less po-faced Wolfmother, their faithful adherence to the bluesier side of rock goes down an absolute treat with the growing crowd.

New single 'Green Card Paradise' gets an airing tonight, sounding interestingly like GnR's 'Locomotive', while 'Plastic Princess' and a Rival Sons cover demonstrate a delightful diversity to their music. More of this, please!

A swirl of dry ice and sudden stillness herald the arrival of tonight's headliners, the mysterious and very, very tall trio that is Berlin's Kadavar. Following a trippy as all get-out intro they blast into action with a fervour that's almost startling, as they fire out 'Come Back Life' and 'Pale Blue Eyes' back to back. “Hello Belfast! You guys ready for some rock and roll tonight?” singer/guitarist Lupus Lindemann enquires, before they launch into a raucous 'The Last Dinosaur' which all but drowns out the enthusiastic affirmative from the crowd.

Their music is gloriously, thunderously groovy; it's music stripped back to its raw elements yet sounds so full, so complete – and so, so loud. Full of down and dirty riffs, tribal drumming and occasional dramatic flairs, it's Seventies stoner rock a la Black Sabbath brought bang up to date in the 21st century. Like a coiled spring, when they explode it's simply jaw dropping stuff.

With barely a pause between songs, the rare moments of stillness serve as exclamation points to what has just come before, and precursors to what will follow.

They plough relentlessly through song after song – 'Broken Wings', 'Goddess' – and set heads banging joyfully throughout the room.

Wrapping up with a buoyant version of 'Helter Skelter', and with no encore, they exit the stage, leaving behind a crowd that's spent, sweaty and euphoric. A magnificent set.

With such a rich vein of musical history to mine, it's not surprising that so many rock and metal bands choose to look back in order to move forward. And when it's done like it was tonight, we see absolutely no reason why they shouldn't continue to do so. Done right, it creates music that so many artists yearn for: timeless. Classic. Aspirational. 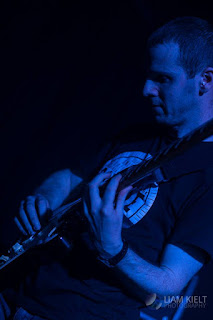 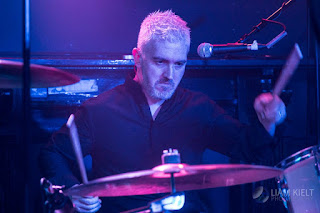 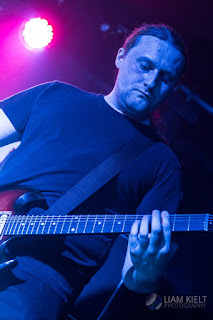 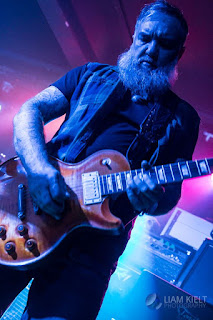 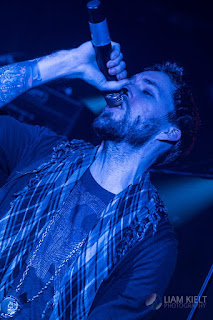 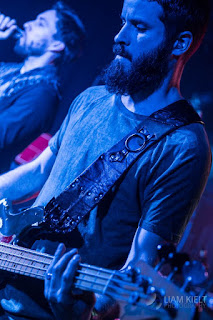 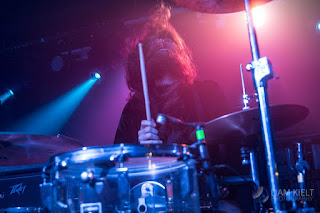 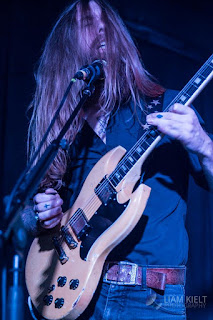 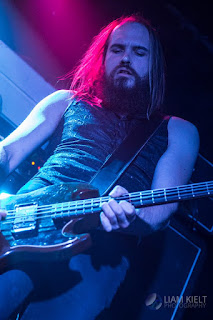 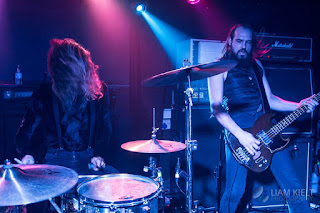