LIVE REVIEW: Ugly Kid Joe rock Belfast's Limelight one the back of four years on tour

Ugly Kid Joe are one of those bands that everyone knows: the 'sk8r doods' from the Nineties who are, almost inexplicably, still riding a huge wave of popularity.

They have - as frontman Whitfield Crane explains to a packed Limelight 1 tonight - been touring almost non stop for the last four years (tonight is the penultimate gig of the tour), as well as releasing a new album for the first time in nineteen years, the wittily titled Uglier Than They Used Ta Be, last year.

But most importantly, do they still have 'it'?

Before we find out, we are treated to support act Dallas Frasca, who have flown “allllll the way from Australia!” to entertain their first ever Belfast crowd, as fiesty frontwoman and band namesake Dallas Frasca announces.

Despite her vocals getting a bit lost in the mix at times, their modern take on classic rock soon gets the crowd moving and cheering their approval – particularly one hoodie-clad superfan who is so excited to see the band that he almost can't contain the energy in his body.

She interacts well with the crowd, at one point even wriggling over the barrier to wander amongst everyone; the sight of her surrounded by kneeling fans as they sing along with her is a truly memorable moment (not to mention a great photo opp). In all, their half hour set is terrifically entertaining and rollicking good fun.

When the stage lights flash and headliners Ugly Kid Joe take to the stage, the roar that goes up signifies just how loved the band are here in Belfast. Opening their set with fan favourite 'Neighbour', they spend the next hour and a half delighting the crowd with their clear joy at being onstage and a wealth of great music.

In Whitfield Crane UKJ are in possession of simply one of the most charismatic and charming frontmen in rock.

Utterly at ease onstage, his level of crowd interaction is superb, as he singles out people whose energy he loves (at one stage the entire crowd is chanting “Ian! Ian!” under his direction; they even bring the man in question onstage to finish off their last song), commending everyone's “badass energy” and joking around in a way that's at once delightfully silly and warmly affectionate.

At his behest, everyone claps along to virtually every song, sings great chunks of tracks such as 'Cat's In the Cradle' and generally lies in the palm of his hand all night long.

Acknowledging the fact that they were here just a short time ago (at the end of 2013), Crane announces that there will be some surprises to keep the show interesting.

Thus we are treated to a snippet of 'Alternative Ulster' (at which the crowd erupts), a thunderous cover of Motorhead's 'Ace of Spades', and “two obscure Ugly Kid Joe songs, acoustic”, which turns out to be 'Come Tomorrow' and 'Cloudy Skies'; both of which showcase Crane's crystal clear vocals which can often get lost in the normal chaos of a rock show.

They also play 'Under the Bottom' from their latest album, which reveals a more mature sound, with some clean guitar work and often sombre lyrics.

With no encore, they play right up until the end without a break, finishing off with 'Tomorrow's World', 'VIP' and their ubiquitous classic 'Everything About You', which sends everyone into paroxysms of delight. It's a suitably joyful ending to an outstanding evening, and one that puts a lasting smile on every single gig goer's face.

Despite probably being more famous for their older work than their newer, tonight's gig showed that UKJ are definitely still a force to be reckoned with. Brash, fun and almost ridiculously entertaining, it was only Crane's Nineties surfer shorts (and slight beer belly) that belied their longevity in the music industry.

They may have dispensed with the piss and vinegar of their youth, but they've lost none of their ability to charm and entertain an audience. In short: yes, they've still got 'it'. 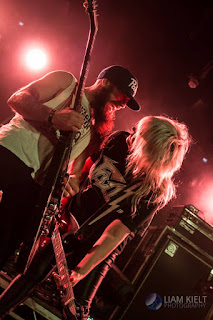 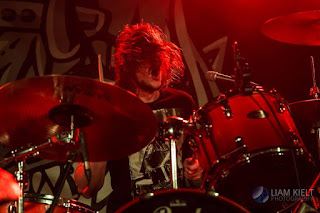 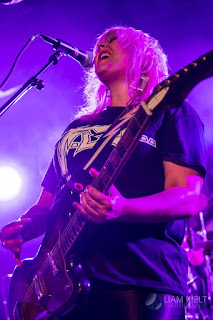 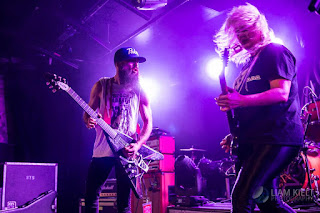 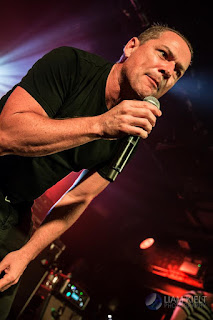 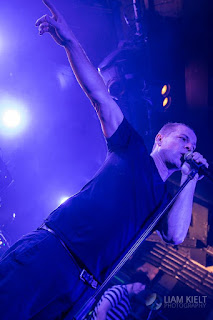 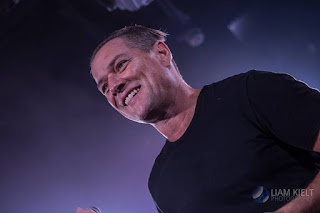 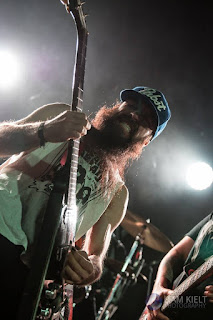