WHEN a metal icon comes to town you know the place is going to be packed. And, so it was at the Belfast Empire where Geoff Tate brought his Operation Mindcrime to the expectant mass of fans.

He was very ably supported by local rockers Conjuring Fate and his daughter’s band Till Death Do Us Part.

The Belfast Empire’s hall was already heaving when the excellent metallers , Conjuring Fate, hit the stage and the really hit the ground running to a very appreciative audience. Blasting off with ‘Darkest Days’ ‘Marching Dead’ they were heavy, fun and furious

Working the crowd up into a heavy metal headbanging mood they powered into two powerhouse songs with ‘Dr Frankenstein’ and ‘House on Haunted Hill’. They finished off their set to a stoked crowd with ‘Trust No One’. They ripped the stage up with their heavy melodic riffs all while they played with the audience who lapped it up.

So much so , Phil Horner strode through the audience in the hall and stood in front of the stage playing his heart out with a playful smirk on his face. What a performance and a superb start to the proceedings.

Till Death Do Us Part, with Geoff’s daughter, Emily Tate, on vocals took the stage next.
Their style of music would be the contrast of the night as they brought a dark alternative rock to the Empire.

This would be a light rock with a tinge of Depeche Mode yet Emily’s expressive and emotional vocals fit perfectly with the style of the songs.

They kicked of with ‘Burn’, ‘Monster’ and ‘Cannonball’ and in between Emily would interact with the crowd with some warm banter.

It really made the packed but intimate gig feel even more like you were among friends. They continued with ‘Runaway’, ‘Blue Boy’, ‘Ink’ and ‘Salt Water’, rounding it all off with ‘Romance’.

The band was tight, professional and warmly received as the dark and sombre lyrics flowed along easily with a good energy and stage presence.  They certainly have a signature sound with heavy distorted guitars, a djent like bass tone, synth layering, samplers, soundscapes, powerful drums and soft symphonic vocals. 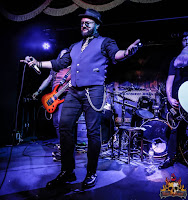 Then came the highlight of the evening. Geoff tate with his Operation: Mindcrime project. And you could see immediately that almost everyone there were dedicated and diehard fans of Mr Tate and Queensrÿche. The roar from the hall would have shaken the roof.

Geoff looked totally at ease knowing that he was among firm fans, friends and family. This was the 30th anniversary of the album Operation: Mindcrime and that was what Geoff and his band delivered to a packed audience that knew every word off that album.

The joy was palpable and Geoff could have just stood there waving his arms and the songs would have still been sung, word for accurate word.

Kicking off with "I Remember Now", "Anarchy—X" and "Revolution Calling" the mass of air guitar and air drums along with a plethora of fist pumps made it feel like you had been transported back to the heyday of the late 80’s and the joy of the crowd and the band on stage fed a euphoric energy that pervaded the whole set.

The elation of the crowd only increased with “Operation: Mindcrime", "Speak", "Spreading the Disease" and "The Mission". Geoff and his band bantered and toyed with the crowd as many surged forward to take photos and try to catch a quick handshake as outstretched arms followed him as he moved round the stage. 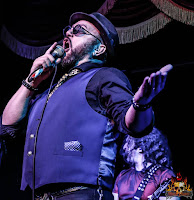 Each and every song was joyously received and the band looked like they were enjoying the gig as much as the fans.

As Geoff belted out "I Don't Believe in Love" the whole room really got caught up singing the whole song along with him. Then came "Waiting for 22" and 14."My Empty Room" before the set finished to "Eyes of a Stranger".

They came back on for an encore with “Silent lucidity” that was delivered with such raw emotional power there were a few fans who could be seen to be visibly welling up. Then Geoff and his band pumped out “Empire” with once more the fans almost drowning him out with their enthusiasm before he finished the whole show with “Jet Set Woman”

This was the second date on his European tour and the first of his UK leg. And if you have the opportunity to go, then take it with both hands.

Geoff Tate delivered, without doubt, an emotionally charged, powerful and entertainingly tight rock act that will leave you exhausted and fulfilled by the end of the show. 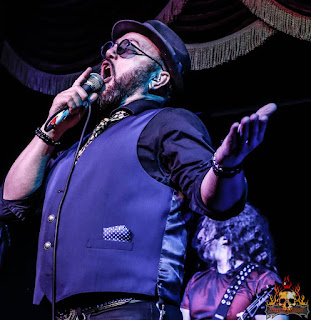 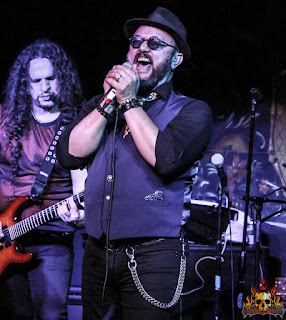 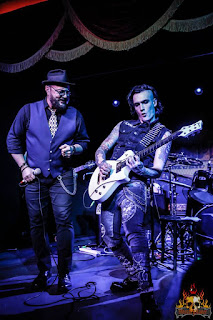 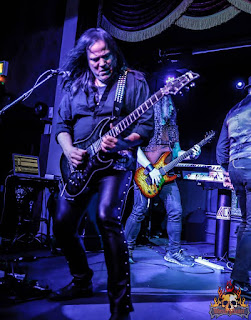 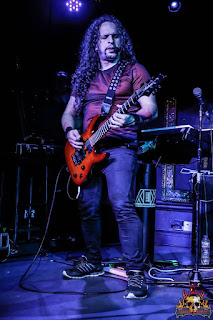 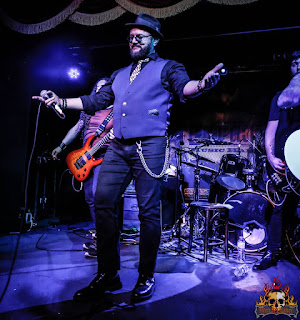 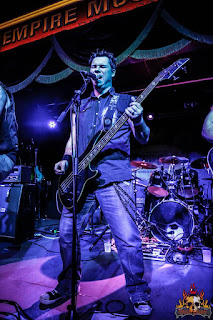 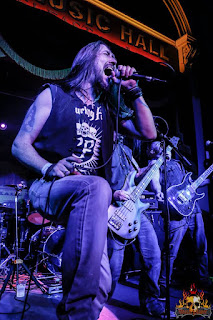