GIVEN the extreme nature of the music aired at Northern DeathFest outsiders would be surprised at the smiles and camaraderie emanating from both the stage and throughout the audience. It was as if the sense of belonging amongst metal fans had become a tangible entity to an aural assault backdrop.

While the headliners were odds on to impress the seven bands performed to such an extent there was no low points, no mid-set slacking, no tailing off. Instead of which there was playing to such a high standard that by the time the final chords of the evening played it was a delirious exhaustion for all. 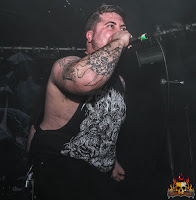 Openers Rupturation set the metal ball rolling at the ungodly hour of 14:30. Any cobwebs lurking in the rafters or muddy heads were shaken, battered and delighted.

Given the history behind the three-piece their set was an astounding, wonderful definition of rising, death metal nailed on.

Fresh from their success in Heat One of Northern Ireland's Metal2TheMasses Lock Horns mounted the stage with intent. Their take on progressive metal has nothing to do with standing around looking at fretboards. This is high energy in human form, with static practically electrifying the stage.

But, amidst the frenzy the playing had a panache and precision that was beautifully beguiling.

Like Lock Horns Stranglewire have an album out soon, but any future gazing was shattered as they produced death metal from unearthly dimensions. Their psychologically twisted music came dripping with hatred for the human race.

Dig behind the assault and there is something disturbing about the delivery from Stranglewire. Disturbing in a good way...

The Crawling have emerged in recent months as something of the darlings of the doom/death/misery metal scene, and deservedly so. The menace they have developed through playing far and wide invokes a sense of despair in their music - much to the delight of the audiences.

That oxymoron sums up The Crawling. Their miserable anthems are joyous to the sceptical, cynical bastard that lurks in us all, but on their playing at DeathFest was welcome.

Tighter than a shark's arse and as terrifying as facing a shark's maw Overoth know what they do and on Saturday they did it as well as ever. Knowing that they had a later afternoon set, knowing that many pints had been sunk by the audience like a death metal blunderbuss they spattered Limelight2 with shots carefully aimed to dismember.

Riffs and soloing aplenty as always, but to keep the crowd engaged was impressive. But then again they live up to what their fierce reputation as always.

With an hour's break for gear change Reprisal faced a difficult challenge but frontman Tom wasn't about to let any bugger come back complacent. A single finger to any faders these Buckinghamshire thrash bastards were here to let Belfast know they are a band here to stay.

The fine line between thrash and death was tred well and they are a band that will surely be welcomed back to the city.

As for Bloodshot Dawn...the last time they played Belfast the audience jaws dropped. This time jaws hit the floor. They were very good last time They were beyond great on January 28th.

There is an elixir that they have concocted deep in some dungeon in Portsmouth that melds ferocity and mind-altering metal melodies.

Numbers from Reanimation (Phil's review s here) were balanced with a healthy smattering of older material, but what was consistent was the interplay and balance between Josh and Morgan intricacy and the heaviness of the band in toto.

Northern Deathfest proved a couple of things -beyond the audience draw of extreme metal. Firstly the talent across the UK is astounding. And, Northern Ireland 'heavier' bands ae growing and developing at a pace that could barely be credited five years ago. 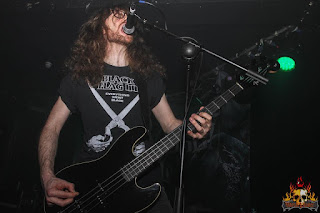 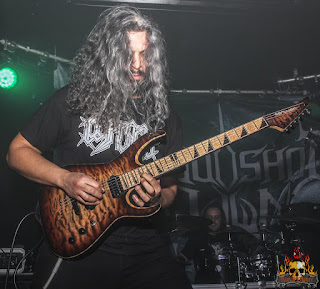 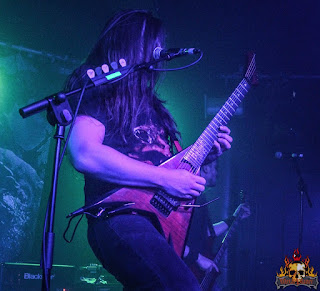 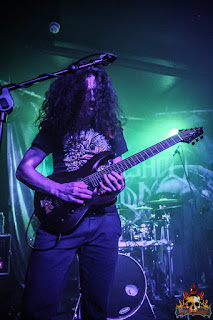 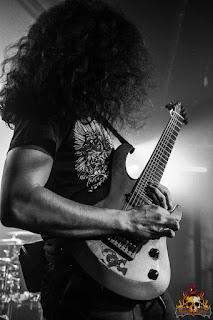 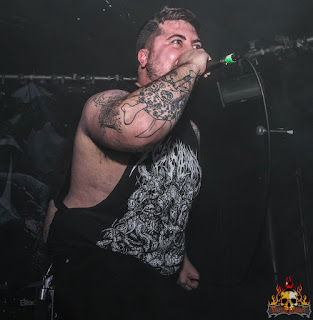