WHEN Audrey Horne declare on 'Audrevolution' that they'll "never let your down" a more cynical person could accuse band of being vainglorious. But said person would be very, very wrong.

'Pure Heavy', the band's third release is a collection of songs that will have you singing along, pumping your fists, roaring and throwing the horns and loving life.

Fuck it, let's lay it down straight and proper: we don't always know what people mean when they say 'classic rock' but this classic rock, chock full of songs, anthems and attitude. 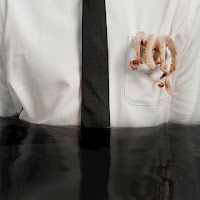 After they released their first album they played Belfast and Dublin to virtually empty venues (even though many more than were actually there claim to have been in attendance). For those who were there for those special shows they treasure seeing a special group of musicians.

And, on 'Pure Heavy' they prove that not only are they the real deal they are so much more.

Fuck it, this is an early contender for the best rock album of 2018...

From start to finish Audrey Horne play like they have invoked all the spirits of all the bands that inspired them when they were youngsters.

'This is War' kicks things off with a punch to the face. "We will never be silent, or divided/This is War" is a declaration of intent, a statement that Audrey Horne are a band that take no shit, have counted all the fucks they give and the sum total is zero.

Oozing with influences they treasure - experienced listeners will doff their caps to Lizzy, Maiden and UFO. For Satan's sake 'California' takes Lizzy's 'Emerald' riff close to its riffology and provides a track that will have you swooning.

There are track on this release that not only recall the halcyon days of proper hard rock but listeners of a 'certain age' will revel in every note, and listeners of a younger vintage will sit back and love all the musicianship.

Twin guitar harmonies, a rhythm section that lives and breathes like a monster - including drum lines that Brian Downey would be proud of - each track stands as individual manificence.

But they are songs here that are whimsical nods to Audrey Horne's listening habits...

'Rose Alley' plays on the words of the Bob Seger/Thin Lizzy 'Rosalie' but it is a song that takes that heritage and rolls with it.

Throughout the album Arve and Thomas interweave their licks, solos and riffs link seamlessly - actually that isn't fair; they sound like they have had a brain transplant to the real glory days...and like some mad rock/metal time travellers they have brought to 2018 a moment of sheer brilliance.

When Torkjell bellows out "Give Your And Give Me Your Soul" on 'Midnight Man' we instinctively surrender willingly.

'Pure Heavy' is Audrey Horne. Just buy it, and fall in love with hard rock once again. 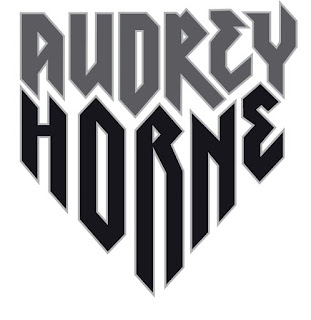