A COLD January night was no match for the pulling power of Steel Panther and Wayward Sons, who rocked up to the Limelight, Belfast.

The Limelight was packed in anticipation for a very special evening of some of the greatest heavy metal filled adolescent toilet humour this side of the Lagan.

First on the stage was Toby Jepson’s Wayward Sons and, boy, did they do themselves proud. Nailing every song with vigour and rock and roll panache. 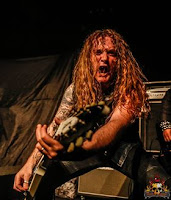 Kicking it all off, they soared into ‘Alive’, ‘Ghost’, and ‘Don't Wanna Go’. The energy of the band radiated right across the Limelight. These guys knew how to rock out. Toby’s vocals belting out the songs like a Little Angel of the A-Rock-alypse.

There was clearly a lot of fans in the audience as it was hard to miss the thrumming massed singing alongside Toby’s own vocals.

‘Killing Time’, ‘Crush’ and ‘Small Talk’ continued the fantastic rocking set. Toby was a rocker par excellence all the while Nic Wastell, the bassist, was giving Toby a run for his rocking out money with an exuberance that defied description. Nic swung, jabbed, and lunged that bass like a halbard cutting through the lines.

It was very clear Toby, Nic, Phil, and Sam were enjoying themselves immensely and the crowd just lapped it all up and the band responded in kind.

‘Be Still’, ‘Something Wrong’, and ‘Until the End’ finished off an incredible set. The group’s energy and joyous interaction with the throng of rockers just made for a perfect performance.

Then came the main course of the night, Steel Panther. There really is no genuine way to describe how utterly entertaining, tight, fun and full on 80’s hair metal cheese these guys are.

They are full on ‘Innuendos? F*** ‘em’, cut straight through suggestive similes and deliver blunt force sexually filled lyrics. Every song is definitely not safe for work and cock-full to the rim of pure mischievous profanity.

They kicked off their set with ‘Supersonic Sex Machine’, ‘Goin’ in the Backdoor’, and the raucous ‘Aisan Hooker’.

‘Tomorrow Night’, ‘Wasted too Much Time’, and ‘Poontang Boomerang’ maintained the joyous irreverent exploration of just how dirty everyone’s minds were.

It was bluntly shown how wonderfully freeing the performance was when some of the ladies kindly assented to Michael and Satchel’s request to see titties. They also seemed very impressed with what Belfast had to offer.

Satchel was then given the stage to put on a solo performance that will be passed down from generation to generation.

As he executed his ballsy dance of licks and riffs, the crowd egged him on, which made him encourage the fans even more.  He swung between riff cover to riff cover like Iron Man and Sweet Child of Mine and on it went. It was a long solo that left the crowd satisfied but slightly disappointed when it was over.

On the went the tirade of exuberant and cheerfully delivered profanity imbued lyrics with ‘That’s when you came in’, ‘Weenie Ride’, and ‘17 Girls’.

Finishing off the nights entertainment, Steel Panther delivered their classics of ‘Gloryhole’, ‘Death to all but Metal’, and ‘Community Property’.

The crowd just kept singing, pumping the air and rocking out like they just didn’t care. It was a release of sexual tension (or even just end of a bloody long working week tension) that just hit the G-Spot. 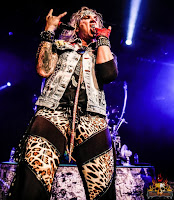 Everyone crushed up as close as they could to the presence of Steel Panther could not stop grinning from ear to ear.

Interspersed in between the songs was one of the best comedic acts that you are ever going to see. Utter trolling, ribbing, and jest filled toilet humour that would perfectly fill an 18+ comedy movie, was executed with perfect comic timing.

These guys, especially Michael and Satchel, were as tight as a gnat’s chuff and worked the crowd to perfection.

Honestly, the whole performance was a jubilant celebration of irreverent, smutty and direct sexual references, unshackled by the chains of insinuation, ambiguity and inference. Steel Panther are the heavy metal equivalent of burning bras.

Which, to be honest, they would probably wholeheartedly endorse.

If you get the opportunity, you grab it tighter than a camel’s arse in a sandstorm and go. It truly is a night to remember. 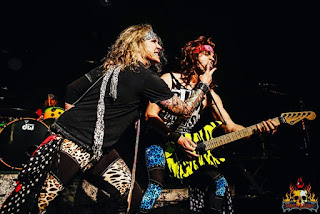 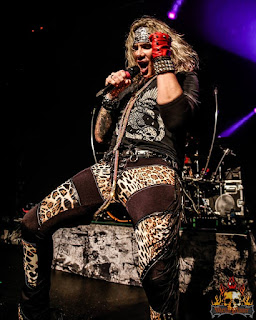 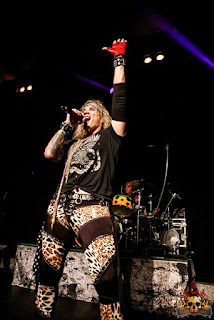 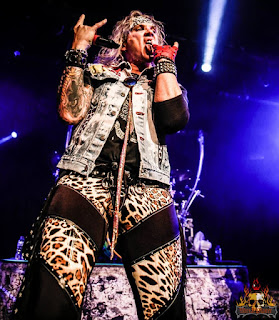 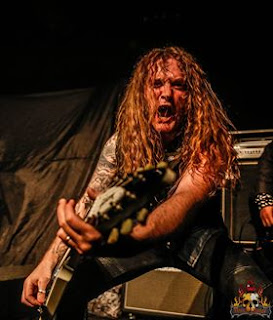 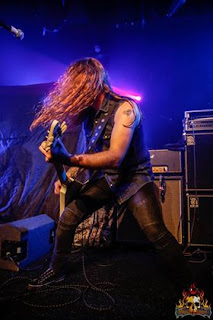