ALBUM REVIEW: The Temperance Movement bare all on A Deeper Cut

IT'S a rare band that exposes all their problems in public, let alone open their hearts in songs - yet The Temperance Movement have done that on their latest release 'A Deeper Cut'.

They have produced a set of tracks that sum up the journey of the band - melancholic and triumphant.

For many The Temperance Movement were in the past a Marmite band - you either loved them or walked away. But on 'A Deeper Cut' they have exposed every heartache, every travail and every pain.

It could be that is what makes this a remarkable rock album.

Perhaps it is best summed up on 'Beast Nation'. Languid, introspective and self-deprecating. One to play with the headphones on, a private moment to think about oneself and what others are feeling. "Come inside and dry your eyes".

The loss of founder members, the past addictions of singer, Phil Campbell, are something they willingly, but to really feel the journey the band have been on - from the early heady days, then downward, they now rise.

Their brand of southern infused hard rock can come across as a bit 'light' to some, but the edge is retained musically as much as in the lyrical depth. 'Built in Forgetter' has a chorus the demands you join in, but has structure and exudes coolness no matter what the day throws at you. 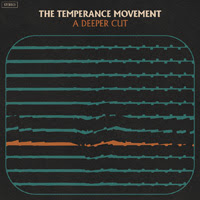 On the other hand you have the contrast between the up tempo 'Backwater Zoo' and the painful but beautiful 'Children' sums up this album. The ability to wear the heart on the sleeve without remorse despite the regrets. "I never thought I'd be so dumb as to blame people for things I've done" - says it all about their journey.

The Temperance Movement have admitted that they were tempted to work with other writers, but it is a good thing for the sake of this album that they have kept faith with their own ability.

The journey is best summed up on the closer 'The Wonders We've Seen'. This brings the band full circle. This showcases that the five-piece that can look back, that can admit were things have gone wrong and emerge stronger and better.

Make no mistake, this is not a heavy album, but it is heavy in emotion and is much better for that. 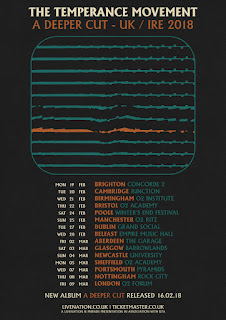 Email ThisBlogThis!Share to TwitterShare to FacebookShare to Pinterest
Labels: A deeper Cut, Earache, The Temperance Movement