REVIEWERS have an easy job. Labels and PR companies send albums, you give it a couple of listens and pen a few (ill) informed words and job's done. And then arriving in your inbox is a three and a half metal opera.

First thought was that will be 210 minutes of our lives that we'll never get back, but then...

When the band is Therion one is sort of compelled to give it a second listen - well when then dog reacted to some of the high registers in the vocals we ended up with a third listen and the time seemed worth it. 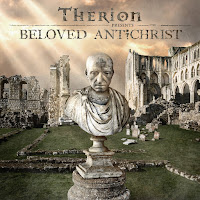 'Beloved Antichirst; has a sweep and ambition that boggles the mind, but our initial cynicism was put aside considering Christofer Johnson's track record. But, if you are expecting Therion's early death metal move along.

This is an ambitious - almost incompressible upon first listen. It seems like Wagner, Mozart had stumbled upon an electric guitar, a synth and refused to let go of those opera stars that hit all the notes.

Indeed, it really did take us three listens to 'get it'.. And, as we were listening over a digital platform once we changed the settings to eliminate all breaks between songs that it flowed.

An adaptation of a book (apparently Vladimir Soloviov's ' A Short Tale of the Antichrist) Johnson has re-worked the concept into a three disc expansive production.

To pick a track from it would be unfair as it would diminish the experience, but 'Temple of New Jerusalem comes close amidst the 4 tracks here.

While Johnson has always hankered after doing something as ambitious as this perhaps it was when he was recovered from painful surgery for two spinal disc herniations in his neck that this ambitious project came closer to realisation.

With multiple soloists, some 'weird' sections and taking symphonic metal to its extreme extrapolation this is an album that demands you make the time to listen to it. This is no 'pick the hit' album.

For some it is prog/opera/symphonic taken to its most obtuse extreme. But, what it really is.. it is much different. It harkens back to a time when, without social media and a plethora of 'reality' TV shows and vacuous TV.

A time when music fans would sit back and actually listen to an album.

And, for that we salute Johnson and all of Therion. 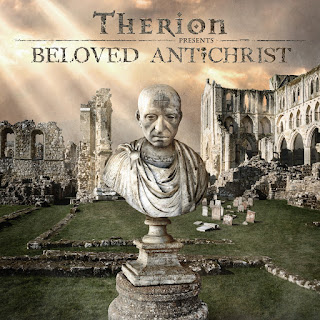