WHEN the press blurb for the new Harms Way album opens by describing them as "metallic hardcore" the uninitiated may go "is that not metalcore?" Those unwashed people can now leave the building, or just check out what Harms Way are all about.

Violent intent, social commentary and a sound that crushes all before it.

And, on new release 'Posthuman' they take all preconceptions anyone may have, stamp on them and eviscerate the doubters. 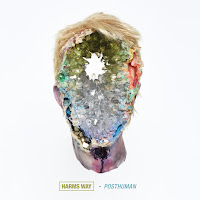 In this fucked up world we need bands like Harms Way to throw a light on to the rapidly changing world. It's not about throwing a middle finger to an uncaring world. It is about challenging perceptions with intelligence and muscle.

Take 'Unreality'. with its refrain of "This is madness" and the line "Through the looking glass to see myself". Delivered with equal parts of anger and frustration this is a band as self-aware of themselves as they are observers on a planet that sees 'reality shows' as the pinnacle of 21st Century achievement.

Throughout 'Posthuman' there is a sense of frustration and wry eyed observation. Amplified by Bo Lueders and Nick Gauthier's playing the sonic tapestry allows James Pligge the room to express himself, such as when his vitriol spills forth on over-population on the vicious 'Human Carrying Capacity'.

Equally the near Shamanic 'This Gift' helps show a band that knows that despite the dark insights they bring, there is a need to challenge all.

Across all 10 tracks there are musical and lyrical insights ('Becoming A Machine' has a take on technology worth reflecting upon) but it is on the closer 'Dead Space' that shows Harms Way are more than just relevant.

At a time when social media is a fucked up place, when anger and likes sit side by side 'Dead Space', this exploration of negativity is the perfect antidote to the mouthpieces and commentariat.

Maybe it is being exposed to the worst excesses of the US media, or its political system in the Trump era that has produced such an album as 'Posthuman' - even if it is a view reinforced by us weird liberals in the UK - but the harsh light Harms Way brings means that if you ever feared you were a victim of confirmation bias there's a boot coming your way to offer a reality check.

We may all have doubts, but Harms Way are going to expand those fears and make you face up to them.


Posthuman is released on Metal Blade on February 9th 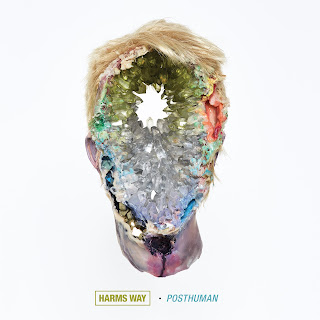