WAY back in the mists of time (late 80s and early 90s to be sort of precise), German thrashers Accuser captivated on the growing crossover between Bay Area and Teutonic thrash.

After two stunning releases in the form of 'Who Dominates Who' and 'Repent' - which still gets the odd spin here once in a while' but there were stumbles along the way as they tried to really nail down their own style. 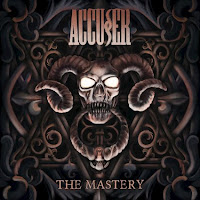 And, with the release of 'The Mastery' they have not only nailed it down, they have hammered it into the ground with a jackhammer.

This is unrelenting thrash excellence. No frills, no fuss - just some of the best thrash. There is no rest here, from the riff laden opener 'Mission Missile' through to closer 'The Mastery'.

What strikes most, however, is that since the 2016 release 'The Forlorn Divide' the band seems to have refined their craft even more. Yes, you still get Frank Thomas snarling social commentary, but it is the way he works and combines with Dennis Rybakowski's as a two-pronged attack more than previously witnessed.

There is balance between the two and Rybakowski delivers some stunning lead work. Behold the stomp on 'The Real World'. Amidst the pounding are moments that can be picked out and revelled in - and hints of heavy melodies.

The difference between good thrash and average thrash is often the rhythm section - and in Frank Kimpel (bass) and Olli Frechner (drums) they lay a foundation with such excellence that this is not just good but great.

So many drummers and bassists in bands develop either a metronomic approach or try to fill each section with fills and runs, and forget the song. On 'My Skin' the haunting opening turns into a beast of a track -rolling along like a juggernaut over your flayed face. Bile and invective both lyrically and musically.

Their ability to not just comply to standard rules is apparent on the opening of 'Mourning' and the precise pacing of all four members in their delivery.

Producer Martin Buchwalter has grabbed the essence of the Accuser approach, wringing every last minutiae of energy from their performances.

The title track is nearly seven minutes of excellence. With the time allowed for each element to grow on the song it encapsulates what this album is about: great thrash, technical dexterity, groove elements and a straight right to your chin.


Accuser - The Mastery is out on Metal Blade Records on 26th January. 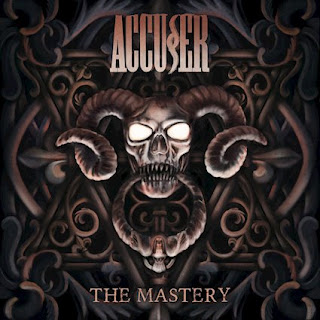