ALBUM REVIEW: Phil Campbell And The Bastard Sons lay down the rock 'n' roll on Age Of Absurdity

IN these uncertain times of Trump, Brexit and global tensions rock and fucking roll is the antidote; the antiseptic dressing needed to stymie the vacuous fuckers trying to get us all to line up, bend over and get fucked by politicians and the baying masses.

Phil Campbell and The Bastard Sons throw their middle finger up to the world and revel in delivering the type of rock that has the informed reaching for their air guitar in between sips of the Devil's Buttermilk.

From the damn fine live shows they have now recorded and about to release 'Age of Absurdity', an album that will have you roaring along to and swaying like a cobra on high quality acid. 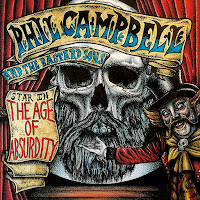 Of course, everyone on this page knows who Mr Campbell is. His 'Bastard Sons' include one who isn't his son, vocalist Neil Starr. Starr has a silky and deep voice, tempered with tones that suggest he has been gargling on bitter blues as exemplified on 'Dark Days' and 'Into The Dark'.

But what they do collectively as a band is provide a diverse collection without selling out their musical might.

Fuck me 'Dropping The Needle' and 'Step Into The Fire' are the sort of tracks that you will treasure for years to come.

Phil and Todd grab the tracks by the throat and thrust their guitars straight into your inner ear without anaesthetic.

However, what is masterful on each song is the arrangement. Amidst the fury, there is room for each track to breathe. The chug on 'Skin and Bones' gives enough space to build up to the soaring chorus and solos.

Dane and Tyla provide a rhythm section that could level mountains. 'Gypsy Kiss' rocks out like a steroid-driven hammer thrower.

But the soul of the band is exposed on the laidback bluesy closer 'Into The Dark'. Yes, they can punch you in the face. They can also reach into the dark places of our soul, expose the darkness within; and by doing that provide a cathartic chance to recover knowing we are not alone.

Credit to Romesh Dodangoda whose production, engineering and mix balances out all of the elements.

Cynics may assume that Phil Campbell has gotten a break from the industry for his family band (+1). They are so wrong. 'Age Of Absurdity' stands on the quality of its musicianship, the quality of the song writing and the sheer pleasure it gives the listener.

Sure, a lazy person might just say they are playing 'classic rock, but the truth is they play rock that is class. 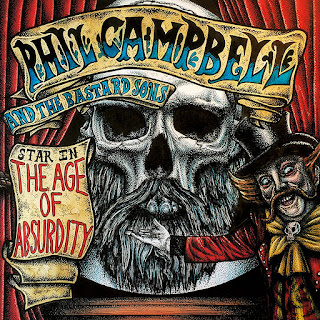