The series is produced by Graham Yost (Justified, Band of Brothers) and Bryan Cranston and will feature ‘Rock N Roll Soul’ in Episode 2.


‘Rock N Roll Soul’ is the hit track off Screaming Eagles’ debut album ‘From The Flames’. This marks the second time the band has teamed up with Sony Pictures Television; the same track had previously been featured in the hit US TV series ‘Justified’.


Screaming Eagles are currently working on their third album, due for release in summer 2017. The band will be releasing a live mini- album in spring 2017 and will be touring in the UK, France and Germany throughout the year. They recently signed with international booking agency IAA Touring. 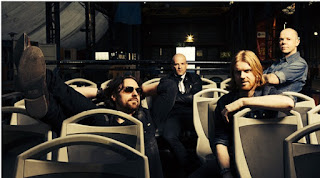