European diabolical death/black metal commandos Belphegor are back in the studio to record their 11th still untitled album.

The LP will act as the follow-up to their critically acclaimed 2014 recording ‘Conjuring The Dead’. Expect a release date of September through Nuclear Blast Entertainment, followed by an intense touring cycle worldwide. 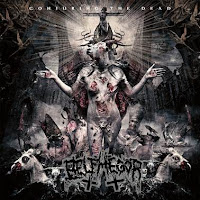 Frontman/founder guitarist Helmuth Lehner has given an update on Belphegor´s current run in the studio:

"The drums and bass guitar have been executed masterfully by Serpenth (Bass, screams) and German maniac drummer Bloodhammer. A new chapter, a new challenge."


Serpenth added: “We've once again created an LP with two different tunings in the manner in which we did ‘Pestapokalypse VI’ (Oct. 2006). We’ve added a lot of new elements and structures to our trademark sound and tuned the guitars down to achieve even more brutal and obscure effects.


“These are the most furiously heavy, fierce and superior nine sound collages we have ever written and recorded."


Keep an eye out for news on further details such as the album’s title, producer, as well as lyrical and artistic concepts – all coming soon…


Check out this exclusive clip of Belphegor playing 'Totenkult - Exegesis Of Deterioration' recorded live inside their rehearsal bunker. This scorching death/black metal track will be included on the upcoming album. Crank it to the max and go to hell with them: https://www.youtube.com/watch?v=SMT9xxBpFK4


Since the release of Belphegor’s now legendary debut ‘The Last Supper’ in 1995, band founder Helmuthand his henchmen have relentlessly worked their way to the top with their technical proficiency, sophisticated song writing and truly blasphemous lyrics. Having now risen to iconic status in the art of supreme death/black metal, Belphegor continue to strengthen their craft as one of the most extreme line ups to ever come out of that scene. 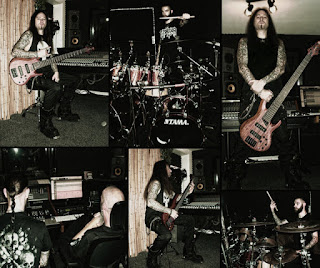 Email ThisBlogThis!Share to TwitterShare to FacebookShare to Pinterest
Labels: Belhpegor