LIVE REVIEW: Mesuggah and The Haunted are the heroes of dark metal delight in Belfast

NEVER mind djaent or melodic death or whatever - when Meshuggah and The Haunted played Belfast it was simply about the metal - and what a night off metal it was for aficionados: power, precision and dark entertainment.

This was an exemplary showcase of Swedish metal might presented by The Distortion Project that packed out the Limelight and left those emerging into the January night (Tuesday 17th) with a sense of having borne witness to something special.

The Haunted were making a long overdue return to Belfast and vocalist Marco Aro was immediately urging the gradually filling venue to come forward.

Despite a restricted stage space they were clearly enjoying the opportunity on stage with Ola Englund's lead work impressive to the foil of Jonas Björler (bass) and Patrick Jensen's rhythm guitar, while Adrian Erlandsson was impressive behind the kit, despite the occasional teasing from Marco.

'The Guilt Trip' and 'Bury Your Dead' were highlights of a tight set, but it was 'Hate Song' that drew the most acclaim at the end of the set. The Haunted have presence and a perception that they are there both to entertain and enjoy themselves while on stage.

Preparations for Meshuggah's début Belfast show held much promise for the show, and within moments of the band appearing it was clear that this was a special presentation with a, literally at times, startling light show.

As part of the tour backing 'Violent Sleep of Reason' this was a set that you would expect from such extreme musicians as Meshuggah - little banter, band members shadows for large segments outside the first few rows and a level of technicality few can match or dare to try.

Jens Kidman was almost a dark shade of intensity as they kicked into high gear from the off with 'Clockworks' and an unwritten assurance that this was to be a special night of metal terror.

Meshuggah can never be accused of being accessible, but for those in 'the know' the familiarity of the tracks was only matched by the expected excellence of Frederick Thorendal, Tomas Haake, Mårten Hagström and Dick Lövgren.

To describe the set as tight is an under-estimate of what was laid out before the audience. 'Perpetual Black Second' or 'Nosrtum' could be picked out among any of the tracks.

The sweeping beams of lights from the bottom of the stage, the occasional spotlighted band member, the backdrop and Tomas' impressive kit were an invitation to an immersive experience, where the extremities of human existence were thrust forward to contemplate, while screaming in adulation.

The closing duo of 'Dancers To A Discordant System' and 'Bleed' rounded off an evening that showed that metal, no matter what other term you wish to affix to it, has a power that reaches the inner, elemental core of meaning and also leave you delighted and exhausted.

Review by Jonathan Traynor
Photographs by Darren McVeigh of MetalplanetBelfast 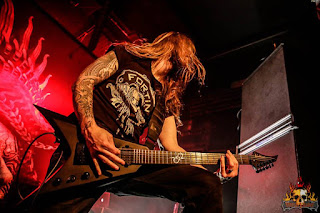 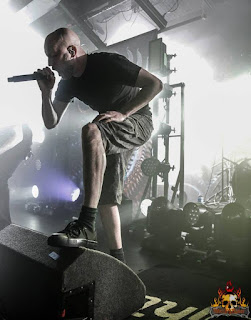 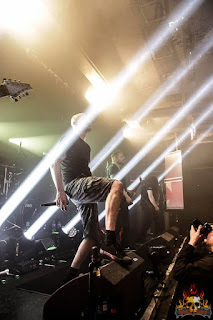 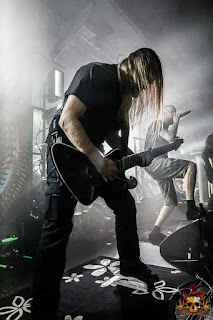 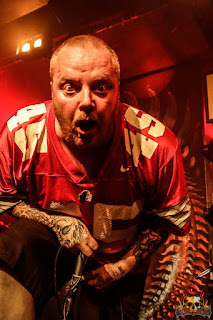