MEGA-selling Extreme are joining ZZ Top as the main headliners for Ramblin Man Fair 2017, joining the likes of Dokken, Magnum, Kansas and many, many others.


Following on from the critically acclaimed and commercially successful second year in 2016, Ramblin’ Man Fair returns in 2017! And, having been at the last two we believe it to be a cracking festival

"Ramblin’ Man Fair is the must see event for discerning festival goers. A quality musical line up with a number of UK exclusive performances. The event is a unique experience fast becoming a staple of the UK festival calendar," say the organisers...and we agree. 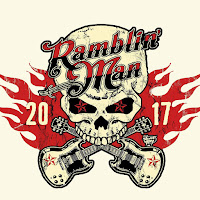 The festival will take place in the beautiful Mote Park in Maidstone, Kent – the garden of England. The park is one of the largest in South East England with more than 450 acres of mature parkland and a 30-acre lake.

The festival will remain split into four stages over two days. Stages announced so far include Mainstage, Prog In the Park Stage, Outlaw Country Stage and Blues Stage. New for 2017 is a Guest stage unique to next year’s event more details of which will emerge in a later release. 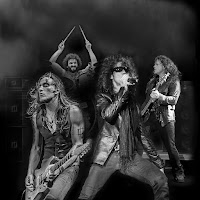 Extreme (Mainstage) - Extreme are one of the best loved rock bands of the last 30 years, selling more than 15 million albums worldwide. The band have released 5 studio albums including the multi-million selling ‘Pornograffitti’, which spawned the hits singles ‘Get The Funk Out’, ‘Decadence Dance’ and the acoustic ballad ‘More Than Words’ which hit number 1 in the USA Billboard 100 charts and going onto to become a global hit single. The band recently played two sold out shows in the UK in support of the anniversary of their seminal ‘Pornograffitti’ album. Renowned for their stunning live shows, Ramblin Man Fair 2017 are delighted to welcome them to headline the festival for a 2017 UK exclusive performance.
“There will always be a special place for the UK in our hearts. Way before More Than Words hit around the world, The UK was "Getting The Funk Out”. Recognizing Extreme as a rock band first and foremost has and will always connect us. Cannot wait to rock with you at Ramblin' Man!!!” - Extreme Guitarist Nuno Bettencourt
“We are honoured to be headlining the Ramblin’ Man Fair. EXTREME has always had a special relationship with the UK fans and we look forward to a great night.” - Extreme Vocalist Gary Cherone. 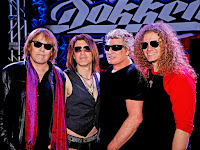 Dokken (Mainstage) – Formed in 1979, Dokken have sold over 10 million albums worldwide. Their classic 1988 live album “Beast From The East” was nominated for the inaugural Grammy Award For Best Metal Performance in 1989. That year also saw the band split only to reform 4 years later. Consummate live performers and one of the pre-eminent metal acts of the 80’s Dokken will play the mainstage of Ramblin’ Man Fair as a 2017 UK exclusive. The current lineup of Dokken is Don Dokken (Vocals), John Levin (guitar), Mick Brown (drums) and Chris McCarvill (bass).

Kenny Wayne Shepherd (Country Headliner) - There are few artists whose names are synonymous with one instrument and how it's played in service to an entire genre. Utter the phrase "young country blues rock guitarist" within earshot of anyone with even a cursory knowledge of the modern musical vanguard and the first name they are most likely to respond with will be Kenny Wayne Shepherd. The Louisiana born axeman and songsmith has sold millions of albums while throwing singles into the Top 10, shining a light on the rich blues of the past and forging ahead with his own modern twist on a classic sound he has embodied since his teens.

To keep up to date with all Ramblin’ Man Fair announcements please like, follow and visit us: