FOR their third album it seems the English rockers Stormbringer have nailed a sound that they are comfortable with, a band comfortable in their own rock 'n' roll skins.

Given their début release in 2011 had a more metallic edged hard rock, earning them a main stage appearance at Bloodstock, by the time Jim Brown took over vocal duties for 2015's 'Blood and Rust' there was more of a focus on the hard rock. 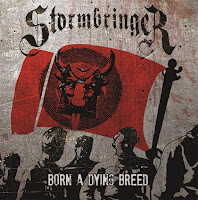 With that sophomore release done, Stormbringer added a guitarist and have produced a strident, confident release. Indeed 'Born A Dying Breed' seems a much more coherent album.

The hellraising 'Don't Trust Me' has vocal and guitar refrains delivered with furious fervour as Brown vies with Jamie Peters and Dom Wallace's guitar in this infectious opener.

It isn't a case of straightforward hard rock excellence throughout the release, there are varying degrees of complexity and depths. For example 'Dying Breed' oozes southern rock, but adds a tinge of the NOLA sound.

Without a doubt this is an album that will take Stormbringer to the next level. The hype that has seen them featured on Scuzz and Metal Hammer has been justified in the past, but now this propels them to the next level.

In a world that is just Born A Dying Breed will attract more fans, more coverage and more airplay. Having had it blaring here at Metal Mansions all occupants love it, and even the dog perks up when Stormbringer are on. 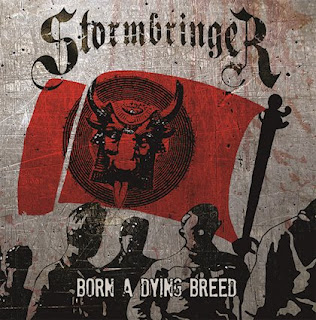