ALBUM REVIEW: Polish black metal juggernauts Blaze of Perdition pull you into the murky depths of madness with Conscious Darkness.

POLAND is a country that needs no introduction when it comes to producing some of the most extreme music on this planet, and Blaze of Perdition are no exception to this.

Their innovative and oppressive style is wonderfully showcased throughout the duration of ‘Conscious Darkness’, an album that contains four very lengthy songs ranging from eight to fifteen minutes in length.

This isn’t an album for the casual listener but rather an album to immerse yourself in, boldly exploring its complexities. 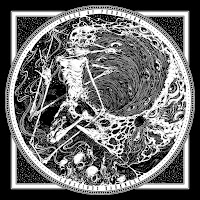 The album opener ‘A Glimpse of God’ starts with great dynamic drumming and wonderfully structured atmospheric riffing. The density of the song pulls you in like quicksand as Sonneillon’s aggressive and thought provoking growls batter you into submission.

At one second shy of eleven minutes the track jumps seamlessly from ethereal post black atmospheres to grinding blastbeat ridden darkness, pulling you deeper into the suffocating void.

There are glimpses of light through the blackness however, in the form of beautiful melodies that puncture and permeate the bleak landscape of the song. A truly bleak, beautiful and tortured foray into an unhinged mind.

The second track ‘Ashes Remain’ just pummels you with blastbeats and chainsaw like guitar work from the opening note. The mood is dark and oppressive throughout this fifteen minute epic. It is absolutely crushing, the guitars ring out horrifying dissonance, the drums are bone breaking, the bass powerful in every sense. The tortured vocals on top just make for a track that is dripping with melancholy and despair.

The guitar melodies at times do try to lift you out of the obsidian wasteland and into the light before you’re thrown back down into the bowels of darkness. There’s a great spoken word part in there too that sounds like it was written by the legendary Tom G Warrior of Celtic Frost. This track really does seem to have it all.

The third track ‘Weight of the Shadow’ is a groove ridden wall of sound that will devastate your ears within seconds. Starting off with a slower crushing pace it soon explodes into vicious black metal mania.

Blastbeats upon blastbeats and a guitar riff that would give Chuck Norris tendonitis rip through the song. The deranged and emotive vocal work fills you with a sense of pure dread as the song shifts from lofty heights and unforgiving lows.

The final track ‘Detachment Brings Serenity’ is absolutely stunning in its composition. Amazing guitar work and superb drumming bring an unearthly beauty to a song so drenched in black metal it wouldn’t seem possible. The anguished vocals mix with melodic riff work and carefully crafted guitar leads as the drums and bass hammer down a rhythm that oozes groove.

The switch from the more midpaced musicianship into full blown madness is completely seamless. One moment you’re swaying to the melody, the next you’re trying to break the bones in your neck by windmilling your head into the stratosphere. This is an insanely strong end to a wonderfully and cleverly written album.

Blaze of Perdition have certainly outdone themselves on ‘Conscious Darkness’. The musicianship is so strong, the songwriting is fantastic and the album flows perfectly from the first track to the last.

Fans of melancholic black metal draped in a thick fog of atmosphere and, at times, serene beauty
would do well to pick this dark gem up and give it a good old spin. An absolutely rock solid effort. 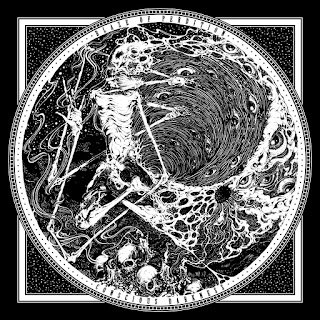