ALBUM REVIEW: Panzer hook on to their metallic roots on Fatal Command

WHEN it comes to Panzer sometimes it is difficult to tell if this a metal super group or an ongoing side project for Destruction's Marcel 'Schmier' Schirmer. Whatever it is they are a band intent on delivering their metal.

Schmier and co deliver a non nonsense album in the shape of Fatal Command, solidly heads down and bristling with anger.

But, to be clear this isn't re-inventing the wheel, it sounds like a band honouring their musical idols, adding their own twist and Schmeir's snarl at the state of the world.

Make no mistake that this is a band, not a one man show. Pontus Norgen (Hammerfall) tears through solos that at times are sublime, such as on 'The Decline (And The Downfall)'.

V.O. Pulver (Gurd,Poltergeist) is a worthy replacement for Herman Frank, showing his own virtuosity on guitar. 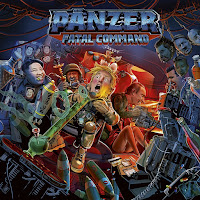 Rather than extol all the performances (Stefan Schwarzmann deserves several mentions in dispatches for his drumming) this is a coherent album, which features the ferocity of thrash and the refinement of NWOBHM - 'Scorn And Hate' is willingly flavored with more than a soupcon of Maiden.

You can pick your way through the influences (spot Priest and Accept in there..), but it all sits as a coherent work. Many will compare it to their debut, 'Send Them All Back To Hell', but this seems like a different beast, in ways reflected by Schmeir's reflections on the current state of metal.

There is none of that nonsense in evidence here from the fast and furious opening track 'Satan's Hollow' through to rampaging closer 'Promised Land'.

While many look on groups such as Panzer as an indulgence it serves to remind us all that the very roots of the metal of the early 80s has a purity and integrity that needs not appeal to the TV video channels; that picks up its axe with intent.

As mentioned this is not going to reinvent metal, nor is it going to bring new legions of followers of metal, but you know what - who fucking cares! This is 50-odd minutes that compels you to raise the horns and down a beer or six.


Fatal Command is out now on Nuclear Blast 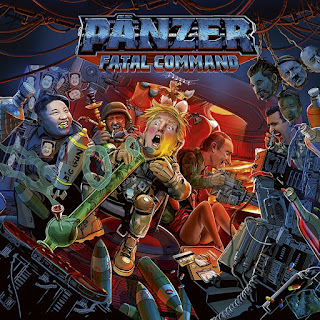