ALBUM REVIEW: LA Guns back with a bang on The Missing Peace

People said it would never happen, that we’d never see new L.A. Guns material with Tracii Guns and Phil Lewis reunited under the same L.A. Guns banner. But it has and finally, 'The Missing Peace' is here!

Long awaited after their on-stage reunion and tour, fans have been patiently waiting to see what new Guns awaits them and most importantly, will it be as good as it always was?

Spoiler alert: Yes. Yes, it is. Although taking a little while to warm up, this album is classic L.A. Guns through and through. 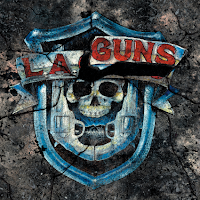 Kicking off with It’s All The Same To Me this may just take some fans by surprise – especially those who’ve been listening to the single Speed on repeat since its release. This track is entirely different, proving that a steamroller can be just as effective as a Harley when it comes to running people over.

It’s a nice opener and contrasts second track, Speed well – allowing the audience to get comfortable before giving them the equivalent of an auditory slap across the face.

Speaking of Speed, this track does exactly what it says on the tin. It’s fast, rampant and sleazy and a great single choice. It even has an ode to Highway Star woven in for good measure. When listening, you instantly know this must be the band’s opener when playing live.

And, as the lyrics suggest indeed “A little speed will make you want a little more”. Therefore, we’d recommend at least 3 plays concurrently to get the full effect.

N.B. L.A. Guns are not responsible for any speeding tickets or traffic offences you may receive or commit if you choose to listen to this track while driving.

Drop Of Bleach, as the title suggests, takes the listener back to that heavy 90’s L.A. Guns sound. With a catchy hook and Lewis’ vocals on point throughout. There’s some thrusty bass which helps accentuate the sexy vibe of the song, with some serious grit underneath.

Sticky Fingers sees the band create another tune which fits that age old L.A. Guns X factor to a tee. There’s good use of the drums throughout which accent and compliment the vocal line. This one sounds a lot meatier than the previous track, with classic lyrics such as “You seen me come, now you’ll see me go.” This wouldn’t be out of place on any of their previous albums. The breakdown, although beginning with Ghost-esque features morphs into an echoey guitar solo which showcases Tracii’s raw talent.

Okay, so it’s not the type of album that’s gonna make you want to grab your hairspray and head to the nearest local version of the Whiskey-A-Go-Go , but L.A. Guns never were like their pretty poser boy peers, and that is exactly what you get on this album.

And, then it’s time for a ballad, Christine. You can hear the influence of the Red Hot Chilli Peppers on Tracii’s playing in this song, with a nod to Under The Bridge. There’s nice guitarwork and embellishment throughout and somewhat reminiscent of Quireboys Sweet Mary Ann.

Baby Gotta Fever amps up the ferociousness again and is the closest song on the album to Speed so far. Stand out lyrics include, “I like my pleasure with a little pain.” If you like your L.A. Guns fast and furious, then this track is for you. This is a fun song that doesn’t take itself too seriously, and is reminiscent of bands such as Alleycat scratch, TigerTailz and even Motley Crue when they chose to have a bit of fun.

Kill It Or Die is definitely one for the guitar players. (Or appreciators!) With a steady pace, Kravits-esque guitar line and an intro that channels Mr Hendrix. It’s a head-nodder that makes you want to join in instantly. The Guns get their groove on for this track and give the audience something they can shake their hair to. (Or any other body part for that matter!) There’s raspy full-pelt vocals from Phil throughout, so much so you can almost feel the spit landing on you from the speakers. This track will instantly want to make you move and sing along from the moment you hear it.

Track eight, Don’t Bring a Knife to a Gunfight invokes images of a triumphant return after being down and out and it’s easy to see how this track could be part of a movie soundtrack. The gang vocals are great and you know exactly how they’re gonna play out live and we hear that signature Tracii Guns guitarwork that remains on fire all the way through. It’s a ready to go song if you are!

One of the most interesting tracks on the album is The Flood’s The Fault Of The Rain, especially given recent events in America. It begins with a House Of The Rising Sun feel with an atmospheric storm and perhaps even a little bit of fire crackling in the background.

This is Over The Edge L.A. Guns - it’s slow, it’s sexy, it’s honest and it hurts. The vocals have honest vulnerability in this track and the subject matter sounds close to the heart with astonishingly beautiful lyrics throughout this song. Tracii does indeed let it rain with the solo. This is the Guns we’ve been looking for and easily the most beautiful piece on the album. The stormy sounds re-enter at the end of the track, with the roar of thunder parallel to Phil’s vocals with the song soloing out till the end. You can imagine a classical orchestral arrangement of this song à la Metallica working wonderfully well.

In true Guns style, they bring it straight back up to 200 mph with The Devil Made Me Do It – an angsty, punch in the face overdrive melody which is a world away from the previous atmospheric track. It has chant-along ability and instantly appeals to your sense of debauchery. You can imagine there was a devil on each shoulder when this song was being written, like the devil helped pen it himself. As a result, you’ll only need to hear this track a couple of times before the lyrics are automatically engrained in your head.  It’s like listening to controlled adrenaline (an oxymoron, yes) and being encouraged to sin. Short, fast and sweet.

The title track of the album, The Missing Peace, sees its way in at number 11. Initially, it leads you into a false sense of security, thinking it’s going to be a wholly acoustic slow number. No chance. It divebombs into an electric song of pain where Lewis paints a picture of his world crumbling and falling around him, with begs and pleads of “Stay” and “I’m made of flesh, but I’m covered in bones.” lyric. Lewis takes his vocals to the brink with this song and it works brilliantly. Tracii talks him down from the ledge with a guitar solo that could save any soul.

The final track, Gave it all away, also begins acoustically, bringing in that abandoned desert town feel which hones itself into almost a Nothing Else Matters riff. Immediately, you can sense this song has a heed this warning type feel. At points, it feels like Lewis is singing this one from his cell, perhaps padded, rejecting of a lifestyle that so many strive for. Changing up the lyrics between “Gave it all away” and “Take it all away” there’s a flashback here to Johnny Cash’s Hurt. A certain maturity comes from this song, one that we don’t always associate with the band due to their three minute wonders of all fucking and no foreplay. This is a great song to end the album on and leave’s the listener feeling a little self-reflective, ending with an almost back masking effect as if listening to life rewind itself and playing out your very last moments. Very much a perfect closer.

To be continued or not? Who knows….


The Missing Peace is released on Frontiers on 13th October 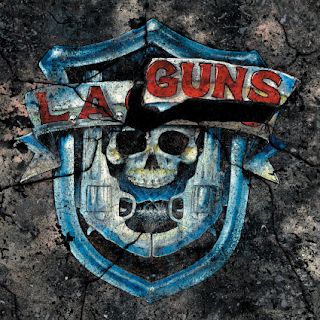