WELL Ramblin Man Fair have been added bands like crazy recently. First there was the added night with Saxon, Y&T, Last in Line and the Graham Bonnet Band. Now, they have announced Glenn Hughes and the Supersonic Blues Machine in the latest tranche of acts announced.

And, the modest man of Tenancious D is making an appearance with the self-explanatory The Kyle Gass Band. Also added are Martin Turner's Wishbone Ash and Steve 'N' Seagulls. 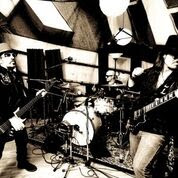 This will be the Supersonic Blues Machine's only UK appearance. For those that don't know of the band it features Eric Gales and is described as "one of the most exciting blues acts of recent years" and the RMFwill be the bands first UK show.

“We are extremely excited to play for the first time in the UK, it means so much for all of us. The amount of love and requests from the fans has been a solid one since before “West of Flushing, South of Frisco “ was released, and knowing that our invitation to the Ramblin’ Man Festival was largely motivated by the fans submissions, it makes it a dream come true !!!” – Fabrizio Grossi 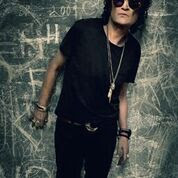 Glenn Hughes also welcomed his appearance at the Maidstone festival: "Looking forward to returning to the UK to play at Ramblin' Man Fair with a selection of songs from my new album Resonate and from the deep well of my musical history. It's gonna be a rock show.”

The line-up, not including the Rising Stage, is as follows: 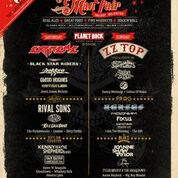