THE court was in session - judges ready to preside, the public gallery ready with their voting slips and Ormeau Avenue's Limelight2 was about to rumble with the sound of competition to win through to the semi-finals of Metal2TheMasses and a shot at securing a slot at Bloodstock 2017.

Lining up were four bands who had the grit and determination to earn their slot in this event, laid on by The Distortion Project. 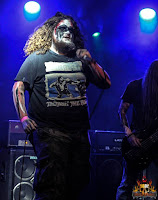 First into the ring were Neamhni - down a man, but ready for the fray. The blackened death metal crew mounted the stage with attitude and barely restrained anger.

Behind the corpse paint smouldered a band that have obviously been putting in the hours as they prepped for their 'Vermin' EP launch in March.

Noticeably this was a better balanced set in terms of the pacing of the songs across their allotted time. Even short of a guitarist they managed to lay down a set filled with aural dynamics.

The room bled into doom as sludge filled So Much For The Sun slayed the sunlight and added fuzz and to the darkened venue. The three-piece played a set filled with resounding celebration of the darker side.

Once more doom-infested the room when Elder Druid drew forth sounds from the other side, with much of the second set from the recently released 'Magicka' ep.

The two guitars were particularly well linked on the riffs with solos placed well in each song. The five piece have presence on the stage and provide a black treat with no trickery.

What is noticeable is that Elder Druid's recent run of dates has placed them well for their upcoming English dates next month. 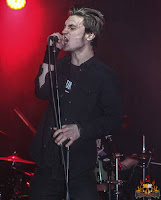 Without a drummer Disconnect have nevertheless programmed it not to sound too robotic. But that also puts them under pressure to keep their playing tight.

Verging from extreme to industrial sounds the two-piece are visually engaging as well as precise with almost every note.

While getting the right drummer can be a challenge for any band perhaps it is time to hunt for a sticks man that may allow the excellent playing to a little more fluidity to the otherwise solid performance.

After the dust settled this was in the words of organiser, James Loveday, it was a close call between the four acts.

Neamhni and Elder Druid were voted through to the semi-finals 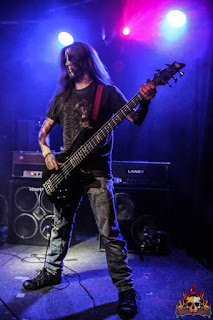 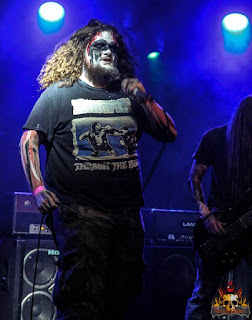 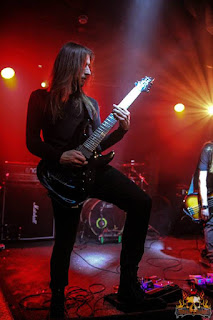 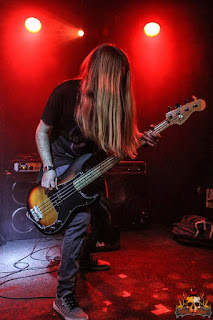 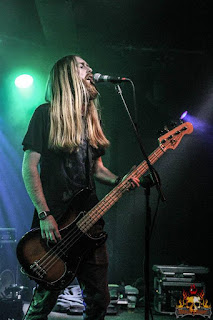 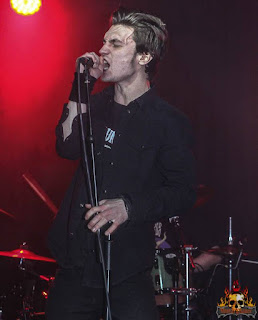 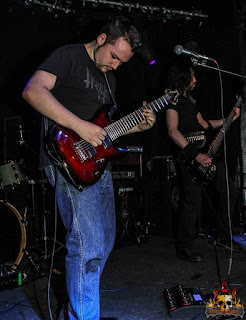 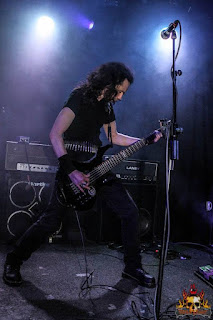 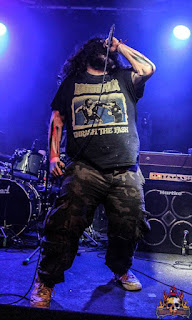 Email ThisBlogThis!Share to TwitterShare to FacebookShare to Pinterest
Labels: Bloodstock, Disconnect, Elder Druid, James Loveday, Limelight2, Metal2TheMasses, Neamhni, So Much for the Sun, The Distortion Project