LIVE REVIEW: Rewinding back the years to bring NWOBHM bang up to date as Saxon, Fastway and Girlschoo rock Belfast

SUNDAY night, Belfast, the night before Halloween - yet it felt like a night in the 1980s had been moved by a strange time vortex to a city transformed, a city where the Troubles have faded; and the metal that inspired a generation and provided escapism in the past was once again vibrant and vital.

Girlschool, Fastway and Saxon all played Belfast in the 80s, when the 'mainstream' was avoiding the city. Like punk in the late 70s, metal stuck a middle finger up to the sectarian divide, raised a can and rocked out. 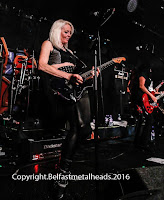 That spirit of defiance and a determination to deliver accolades to bands who crossed the North Channel to play in Northern Ireland swept throughout the Limelight on Sunday (October 30th) as a cross-generational crowd gathered - in denim and leather of course - to salute the trio of NWOBHM stalwarts.

Sure, they are a bit longer in the tooth in 2016 compared to the heady days of their births, but they shame newer acts who can only but aspire to touch the hems of their jeans in terms of the energy, composure and craft.

Girlschool may have had many travails from the time the played with Motorhead in the long gone Maysfield Leisure Centre, beside Belfast Central Train Station, but they have lost none of the verve.

They mixed up tracks new and old, with as always the three ladies coming to the mics to give real oomph to each chorus. Kim's tease that many weren't born when 'Hit And Run' was released didn't stop the audience singing along in a track all too familiar.

Of the new songs from 'Guilty as Sin' the pair of 'Come The Revolution' and 'Take It Like A Band' (the latter dedicated to their late friend Lemmy) caught the spark of the past and once more turned it into live fire.

Closing with 'Race With The Devil' and a storming version of 'Emergency' the band and the Limelight were grinning with pleasure.

Fastway once played to an almost empty venue in the mid-80s in Belfast, but the Sunday night crowd were not indifferent to the band this October.

The focus may have been on 'Fast' Eddie Clarke for many years, but this is not a one-man act, with Toby Jepson leading from the front, cajoling the audience to reach deep in support. His experience as a singer and rock 'n' roll jester keeps the energy high in a set that tipped more than a nod to hard rockin' blues.

'All Fired Up' had a swing and purpose that drew the back stragglers away from the bar and into a maelstrom, while 'Feel Me, Touch Me (Do Anything You Want)' featured a bluesy lead from Clarke, as John McManus rolled the bass lines smoother than a muscle car eating up the miles on Route 66.

Closing with 'Easy Living' the pace and energy of the early part of the set had waned slightly, but did not diminish the appreciation of the audience at Clarke's return to what Jepson said was one of Eddie's spiritual homes. 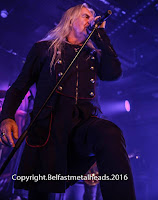 Saxon are faithful to Belfast. From their first appearance in 1983 this was just over a year from their show in 2015 as part of the Warriors of the Road show.

Biff is a consummate performer, engaging and still energetic as they opened with title track from 'Battering Ram'.

When many acts urge the audience to chant, clap or sing a long it can seem like a cliché, but Biff is one of the metal originals and it comes across not as a stereotype but as a gentle tease and doff of the cap to the heady days when he was one of the metal standard bearers.

In an age when all the derivatives of metal have vied to be faster, heavier and more controversial Saxon's anthemic sound could be regarded as dated...except the band take such notions, tell them to feck off and play heavier and harder than some of their younger counterparts.

With such a well-regarded collection of songs reaching back across the years they were able to play some old, some not so old and some new - all received with an almost sense that the Rapture had descended on earth and was focussed on the Limelight.

Paul Quinn and Doug Scarratt are more than just wingmen to Biff as they pull out masterful riffing and tasty licks.

'Never Surrender' has a message that sums up the attitude of a band and an audience that knows the glory days of metal are compromised by a media environment in which auto-tuned dance troops, reality TV stars and an obsession with fame without talent has become the norm. But, Saxon are not just about rewinding back the years: no, they are about putting metal in its proper context, for the fans by the fans, young or old.

When you see 50 year plus fans, standing next to a 20-year-old belting out 'Dallas 1pm' and 'Wheels of Steel' you know the band has hit the right note, at the right time.

Of course the likes of those tracks and '747 (Strangers in the Night)' and 'Princess Of The Night' drew the largest cheers, but make no mistake, this was not a nostalgia trip. This was heavy metal at its purest, tempered by the years, honed by the ups and downs, but most of all delivered and received with majesty with might. 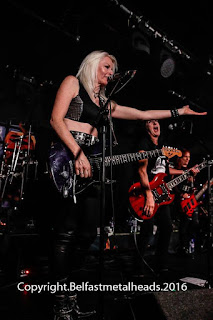 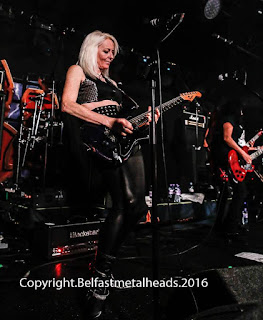 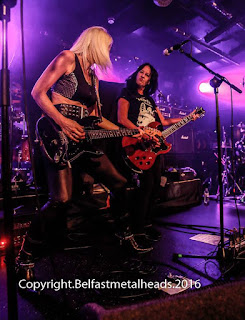 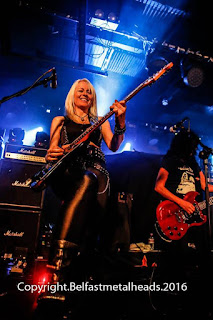 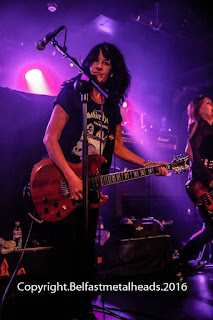 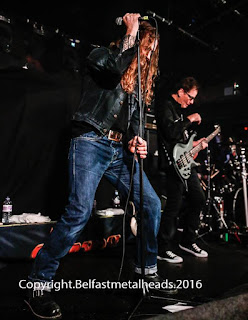 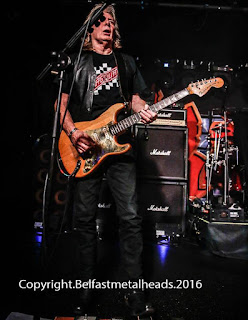 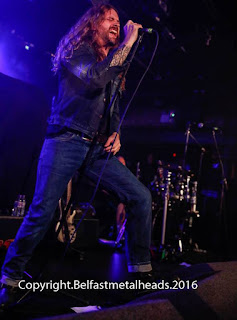 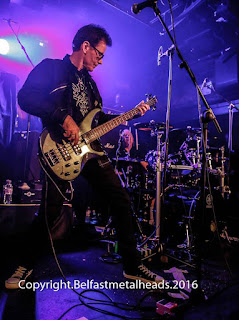 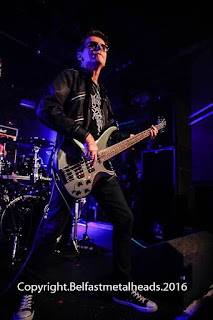 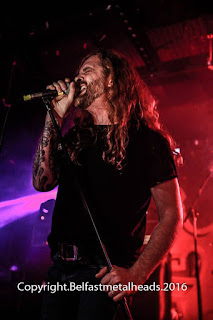 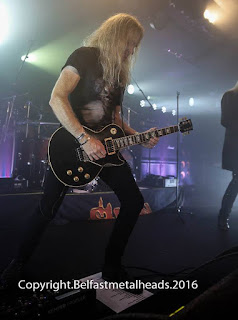 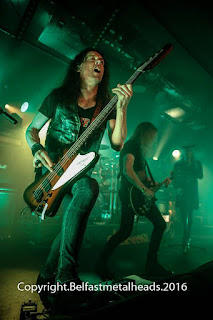 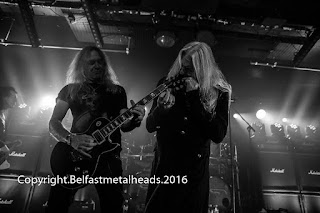 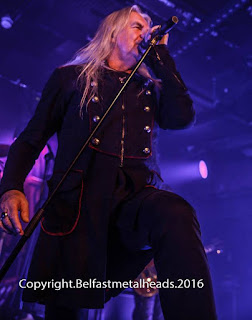 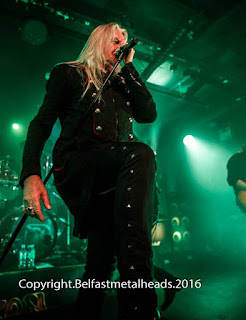 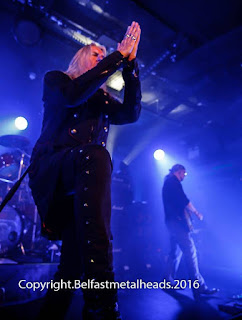