DOOM vs Stoner. Had the people behind Hard Rock Hell gone mad? Slowed down Sabbath riffs, more sludge than anyone can cope with outside a mudslide and grooving to challenge NOLA.

Surely a recipe for disaster! But within minutes of the doors opening it was clear that not only was there demand for this, but that there was eagerness and excitement for this event at Sheffield's O2 Academy.

Whether it was the people who are HRH regulars or those just there for the stoner and doom metal groove the anticipation of seeing something different from the usual run of the mill weekend gigs across the UK was in the air.

Bars were already doing a brisk trade when Slabdragger shook everyone's pints. Whether it was the backline or the PA this was loud. The doom and sludge sound was loud. Very loud.

It may have been a chance to set the tone for the day, but immediately the bar was set high. Holy Satanic Metal this was an experience to behold for an opener. These guys may only have two albums and an ep under their belt in the past eight years or so, but this was a live performance par excellence.

Even non-smokers crowded the smoking area to express their delight at the opening act.

Many would have been deterred following such an opening but Limb took the venue by the scruff of the neck and demanded all should get their groove on.

The fact that they like Slabdragger could get so many people down the front so early in proceedings was testament to what they delivered on stage - this was stoner with attitude.

Electric Citizen - all the way from Cincinnati, Ohio - brought every Sabbath riff to the Academy table. Laura Dolan has not only a great voice but has an enigmatic stage presence.

In lesser hands presenting a set so steeped in the Sabs sounds could have gone awry, but they took every intonation of Iommi and Butler and gave it all a fresh take. 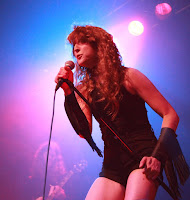 The rock n roll of fame is also in Ohio. Electric Citizen seem to have went from Cincinnati to Cleveland and raided all the best riffs.

Along way from Ohio is Merseyside, where Conan hail from. In Sheffield they delivered all the doom, all the way down, all the intensity of a funeral on downers. This was not happy clappy music.

But, unlike a lot of so-called doom bands Conan are not one-dimensional. Given how far they are down-tuned this could have been boring, but instead this was menacing.

Hooded Chris on bass peered out at the packed crowd, while Jon ranted and riffed.

This was a set that demanded attention and cajoled many into the depths of despair only to lift their eyes to the skies when the pace changed. Doom? Grins amongst the acolytes.

Hometown heroes Black Spiders announced two days after HRH that they are calling it a halt. This really is a shame after they destroyed the O2 in a joyous set.

As they went on stage the band must have known that they were about to call it quits. Perhaps that was why there was such exuberance from the band. Older tracks melded with newer ones from 'This Savage Land'.

The traditional one-fingered salute and chant of "Fuck You Black Spiders" and the general bonhomie from the audience at such exchanged abuse now seems somewhat flat upon reflection.

Angel Witch seemed, on the surface a strange band to throw into the Doom vs Stoner mix, but that is to ignore the cult status they have earned, to ignore the influence they have on thrash, death, stoner and doom metal bands.

Sure they have had 23 past members, but that mattered not a whit to the O2 crowd. While Jimmy Palmer might be a relatively new addition to the line up he gelled superbly with founder Kevin Heybourne: some of the melody playing traded off between the two was mesmerising.

A fair few assembled down the front weren't born when Angel Witch achieved the dubious accolade of recording the 'worst' ever UK chart entry (charting at #75 for one week only) but that didn't mean they were not familiar with the band.

'Dead Sea Scrolls' and 'White Witch' were superbly delivered, but once 'Baphomet' was played there was a feeling of some really special when the crowd joined in on 'Angel Witch' . Darling Angel Witch -  yes you were metal darlings.

While all this was going on Stage Two was rocking. Desert Storm had the smaller venue, but it was packed to the point of being uncomfortable - not that anyone was complaining as they tore apart the senses. They really deserved to play the main stage. Unfortunately clashes meant Desert Storm was the only real chunk of a set able to be checked out, apart from a confounding few songs from Poseidon

But there were no clashes when Orange Goblin took to the stage. Headlining slots can sometimes mean a band deliver a perfunctory performance, knowing they will receive adulation no matter what they do on stage.

Not so Orange Goblin. They delivered a set that was a metal tour de force, sheer class and sheer power. Never mind the title of the event, this was metal at its most glorious.

Sure, many focus on Ben Ward as the immense (in stature and conduct) frontman, but the Goblins are a unit; united in their desire to always impress, and always deliver a set that is varied and interesting.

Joe Hoare and Martyn Millard prowl aside Ben, while Chris Turner seems the happiest man in Sheffield behind his kit.

By the time the second track - 'The Devil's Whip' - landed like a sledgehammer on the audience the venue was in awe.

This was a set from start to finish that ranged far and wide across the band's catalogue of superb songs. Whether it was 'Saruman's Wish' or 'They Come Back' there was not a low-point in this performance.

'The Filthy and The Few' was a rabble rousing track. It's lyrical intent was reflected upon the hundreds gathered in adulation. Outside the walls of the O2 we are regarded as the filthy, denim and leather oddities; inside we are defiant and delighted.

A three-track encore opened with 'The Fog', and ended with 'Red Tide Rising' and while the moniker of the day may have been Doom vs Stoner there sure as hell were a lot of people smiling. 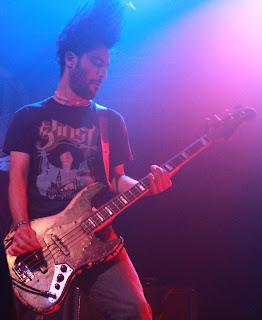 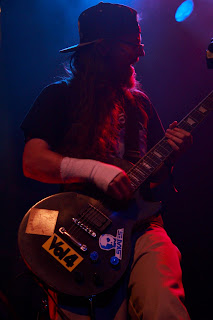 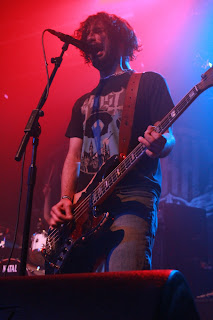 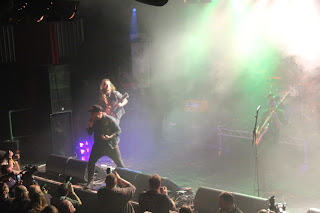 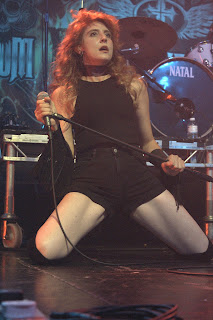 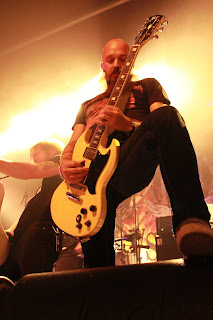 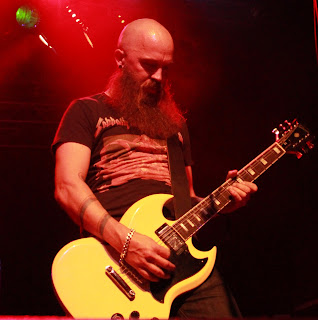 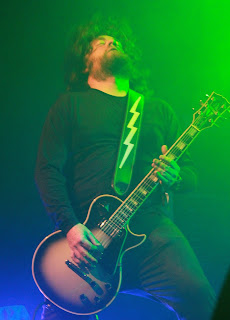 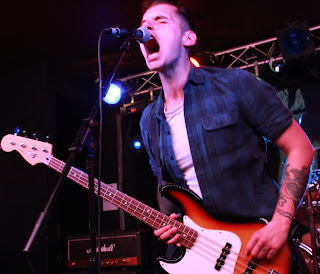 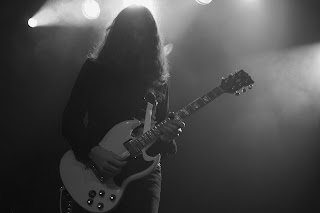 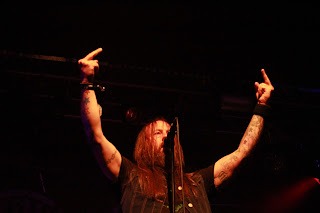 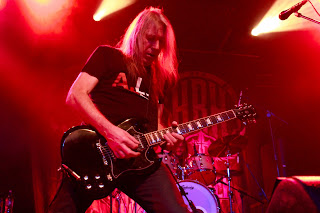 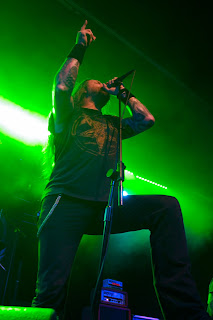 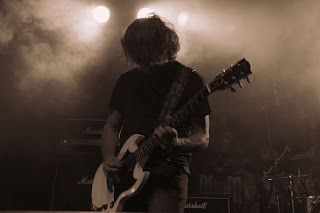 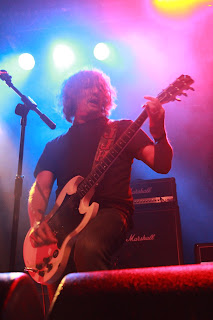