LIVE REVIEW: EP launch from The Devil Wants Her Swagger Back grooves the Limelight

FOR those that have a memory stretching back more than three years you may remember Dublin band, Zero Tolerance. Well, the core of that band is back in the shape of The Devil Wants Her Swagger Back, and they turned up in Belfast for the launch of their new ep 'Malice' on Saturday 8th October.

But, before they laid down their riff heavy set a triple set of Northern Ireland noisenicks had to feed those hungry for some early evening noise in the Limelight2.

Opening up the aural attack were Towers, who have matured over their first couple of releases, moving more than ever from their original hardcore roots. They remain young in terms of gigging and need a little more craft in their onstage presentation.

However, their sounds and tunes have moved on and really burst out and breathe on stage. There is an urgency and progressive element to their sound that promises much in the future.

For many any mention of the word 'core' has the average metal or rock fan running for cover. And, when they started, Heel of Achilles were a tad too predictable in, at times, aping the trends. But no longer.

They have worked through to produce a more rounded set of songs. Sure, the metalcore and deathcore is still there, but the arrangements are better balanced now.

Making almost as long a journey as the headliners Symptoms of Silence motored down from the north coast, and it was a trip very worthwhile for those who attended The Distortion Project presentation.

Again there was more than a whiff of 'core' but it also had the heft to wash away any doubts. The band seem to have a keen sense of what is possible, rather then be constrained. While some of the songs are samey, for the majority of their set has energy and a larger set of dynamics than many.

Headliners, The Devil Wants Her Swagger Back, have progressed massively over the past year. And, when they played the Limelight it was clear that recent live dates, as well as eeking out 'Malice' has seen them produce a live set of 45 minutes of metal mayhem.

The experience of the band oozes from their set. These are well thought songs, with an interior soul.

This is a collective effort that outlines the potential for greater things. Indeed, we suspect when they return over the border next time more people will gather and will swagger with them. 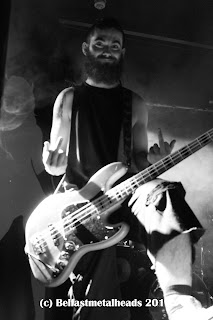 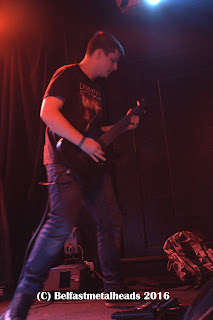 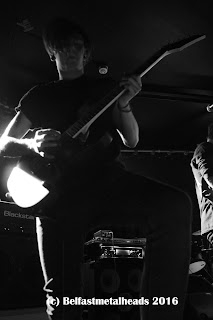 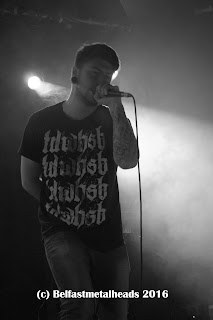 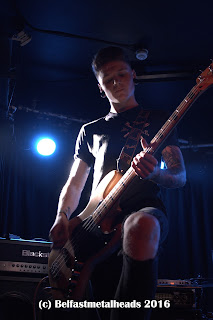 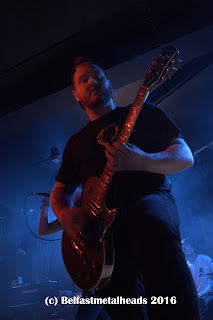 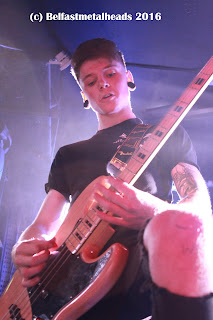 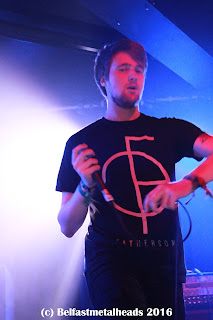 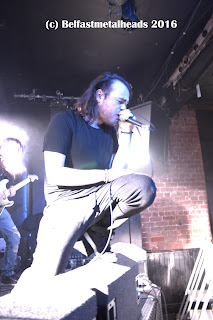 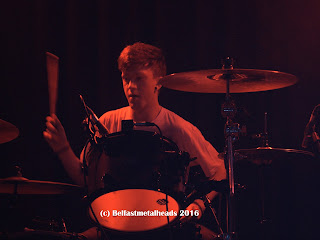 Email ThisBlogThis!Share to TwitterShare to FacebookShare to Pinterest
Labels: Heel of Achilles, Symptoms of Silence, The Devil Wants Her Swagger Back, Towers