I have always loved the band; I recall first hearing their cover of ‘smooth criminal’ back in my early teens when I first started getting into music and have admired the band ever since. I was overjoyed and jumped at the opportunity when I was asked to review their show

I was very impressed with The Empire as the choice of venue and look forward to seeing similar events held here, the evening was very intimate as well as being very personally nostalgic for myself and many other fans who attended

The doors opened at 8.30 and the show opened with a performance from Kaleido, the band was young and cool and the music was very catchy, Christina Chriss on Vocals took to the stage and set a brilliant atmosphere within the crowd for the rest of the night to follow. I had never heard this band before and was quite impressed by them.

Next to take the stage was Sumo Cyco, the show was completely sold out and by this stage the venue was packed. The electric female vocals and the fast paced heavy punk music that accompanied them completely blew me away; the vibe from the entire crowd really began to pick up.

I saw many familiar faces and friends from within the Metal and Punk Rock scene that I’ve grown to know over the past decade from different shows I’ve been to. Each person I saw throughout the night was cheery and very excited as for many people this was their first chance to ever see AAF, It was definitely a night that will be remembered by all

“Alien Ant Farm were as good as ever, I seen them at download 2016 too for the first time. They really rocked the

Hed(PE) came on to play around 10.30 and the room lit up with excitement, Frontman Jared Gomez jumped into the crowd with his mic in hand and walked around greeting everyone while he was performing. Despite never personally hearing this band before I was taken by their sound straight away – they played Punk and Metal riffs with hints of reggae and ska and some hip hop vocals over the top for good measure

“Hed PE were absolutely fantastic, they have an unusual style which I never thought I'd like but I actually do” – said one of the attendees of the event

Their chosen sound of punk and gangsta rap infused mash ups that the bands refers to as ‘G-Punk’ was definitely a first for many who attended, I loved them instantly and would definitely go see them again if they ever return to Belfast

As Hed(PE) finished their set an uplifting sensation swept across the crowd in anticipation for the grand finale of the night and everyone began to flee to the front to get closer to the stage, shortly afterwards Californian rock legends Alien Ant Farm took to the stage and began to play the Anthology album in its entirety

The tour itself was a celebration for the 15th anniversary of the Anthology album and the crowd jumped with excitement and sang along word for word throughout each song, it seemed like a very special night for all who attended - I felt as though I was reliving my teenage years

I was really impressed with the performance itself, after all this time since first releasing the album they played each song to an exceptional standard and made for a memorable evening.

Frontman Dryden Mitchell was very endearing and brought such a magical presence to the stage, he
gave it his all and he was quite funny and really engaging with the crowd, guitarist Terry Corso and drummer Mike Cosgrove also played all of the music to a standard of total perfection and made the performance truly great. I was also impressed by new bassist Tim Peugh who joined the band back in 2014, he was spot on throughout the show and played everything perfectly, the sound was just as brilliant as their original studio recording

They closed the show with ‘These Days’ and ‘Smooth Criminal’ making for a truly unforgettable experience, the crowd was ecstatic and buzzing, everyone dancing and full of excitement after the evening they’d been witness to.

This was one of the best shows I’ve been to in recent years, there was something very unique within the atmosphere throughout the entire evening and I was very happy to have been a part of it 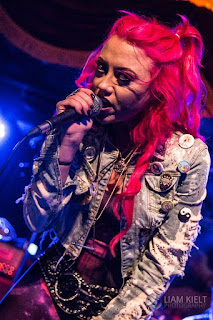 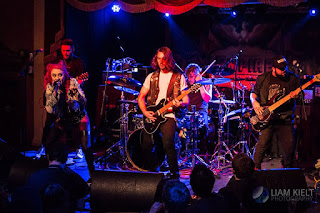 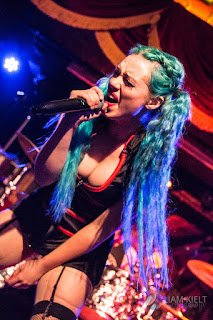 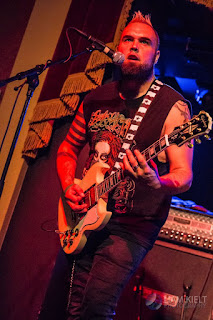 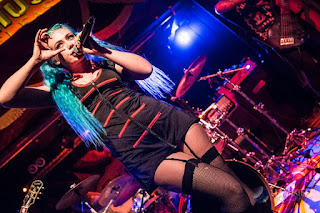 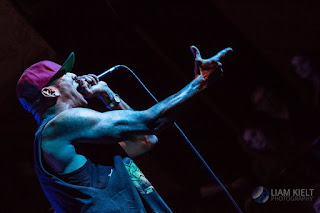 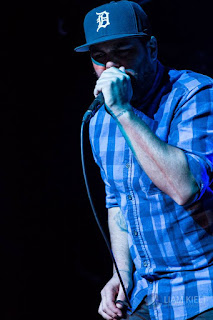 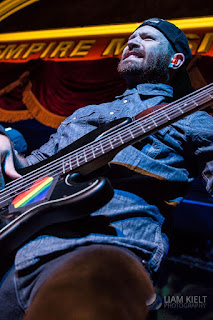 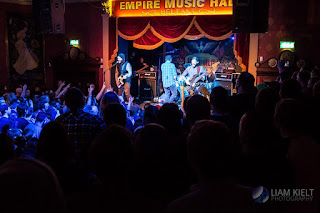