THE very concept of loading a venue with doom metal and stoner rock proved to be correct after the elation and excitement of the first day's noisy, resounding success.

However, with the amount of beer quaffed and shots downed there was a question mark over whether weary rockers and metallers could drag their hungover frames back into Sheffield's O2 Academy for the first band's appearance at 1pm. After all Sunday is the day of rest...

Fear not, for the attendees are a hardier breed: around the hostelries of Steel City before doors opened there were positive sightings of rockers and metallers downing a pint or three over brunch.

True, there were not quite as many in the arena when the opening act Kroh hit the stage, but within minutes there was a distinctive movement from the bar to the front.

With a distinct vibe of Cathedral, without being slavish, the mixture of doom and stoner reflecting the title of the event and engaging the audience.

Oliwia is an arresting talent, both with her movement and range of vocals, while Paul Kenny keeps the riffs and pace rolling along.

Any signs of hangovers had been well and truly dispelled by that stage of the event, even if some did claim to be "broken" from Day One.

Certainly Sergeant Thunderhoof weren't broken when they delivered a solid set of sludge, doom and groove.

Dan, Darren, Mark and Jim add a twist with some psychedelic touches, and altering the pace in both the arrangement of the set and individual songs. And we thought that Bath was only famous for architecture.

On the other hand Regulus are very much Sheffield's own and they do receive a worthy hometown reception. And, by the time they left the stage they had won over many more fans.

Regulus may or may not be named after the brightest star in the constellation of Leo, but they shone bright on the HRH stage. Reviewers and photographers alike nodded in approval - great presence and great tunes.

Luke is an engaging front man, but all the band are individual bundles of energy as Thomas traded licks and Martyn and Joe keep the whole thing from teetering overboard. There is groove in their sound, with edges of doom and a flavouring of psych. No wonder Off Yer Rocka Recordings signed this act.

Psychedelic sounds and doom were the order of the day for enigmatic Canterbury act OHHMS. Their take on genre was pretty much a different interpretation, and dare we say it, there was the weird phase 'post-metal' wafting around their set.

With a front man who resembles a metal version of Joe Cocker in his hand and arm movements the entire band is a blur of movement, reflecting the energy of the music.

The vagaries of reviewing a festival meant we only caught half the Trippy Wicked set, but what we saw was more than worth the effort of rushing from one point to the other across the O2 Academy. Very Trippy, very Wicked.

Witchsorrow are not trippy, but they are wicked. Necroskull's avowed hatred of almost everything (don't ask him about traffic jams...) is reflected in a heartfelt nastiness in the doom they deliver.

Bathed in red light throughout the relative static nature of Necroskull and Emily compared to some other acts on the line-up did not detract from the performance - rather it served to emphasise the evil nature of the songs.

There is no doubt, however, that Raging Speedhorn are going to incite movement in the audience - from the get go there are mosh pits and fists pumping. Whether it was the tracks from last release Lost Ritual, or delving into the depths of their back catalogue the packed front reacted with sheer adulation.

Unlike many bands across the world you would expect the newer tracks to be unfamiliar to the crowd but 'Dog Shit Blues' and 'Motorhead' received screams of delight and chanting along to the choruses.

John and Frank combine like a two-headed terror machine, as Jamie and Jim rode the riff rollercoaster, propelling the band and audience to even higher levels of metal ecstasy.

'Knives In Faces' and 'Thumper' were outstanding - and security were on hand to help the crowd surfers safely on hand. Rage, speed and giving some the horn: adored by all; Raging Speedhorn.

Before turning to the headliners one must give an honourable mention in dispatches to Druganaut. If you have never seen them before may we humbly suggest you do so, unless you are of a nervous disposition...

Candlemass - making their only UK appearance of the year - suffered some travel difficulties getting to Sheffield, but the grandees of doom do not let such minor things upset what they bring to the stage.

Assured and confident, this was a set filled with so many 'hit' tunes and a range of songs that almost evacuated all the bars to bear witness.

It may more than 30 years since 'Epicus Doomicus Metallicus' was released but the likes of 'Demon's Gate' and 'Solitude' sounding still fresh.

Mats commands the stage, from flag waving through to extracting the last ounce of energy from those assembled in the Academy.

Lars guitar solo was a brief respite from the constant demand that compelled all to reflect what was going on.

By the time 'A Sorcerer's Pledge' concluded proceedings Candlemass had once again cemented their pre-eminent status as doom maestros.

Stumbling out into Sheffield's Sunday night air Stoner and Doom supporters could not hide the fact that this had been a weekend that pushed the boundaries of what can be done by tapping into a scene so long confined to the underground.

Gratified to see it raised to a higher echelon to see the bands in a larger venue it is no wonder that HRH were able to announce the second HRH Doom vs Stoner Chapter II is already set for 2017...any doubts that this was not going to be a winner was cast aside.

Strange that doom and stoner can make so many happy... 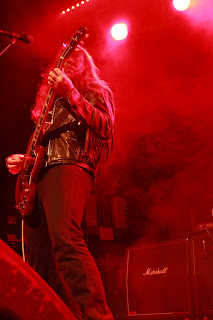 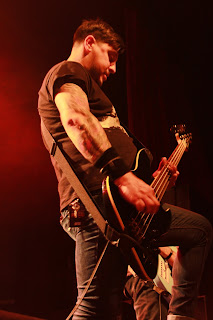 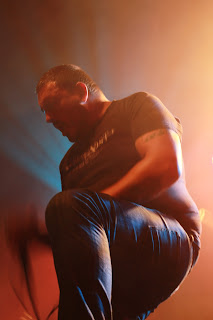 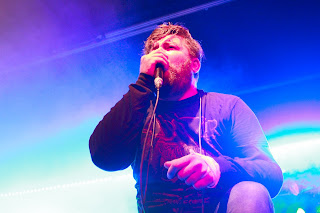 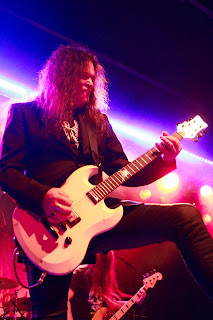 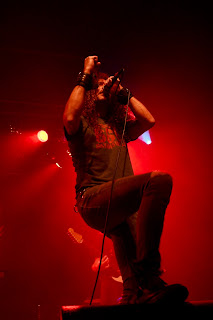