WITH the ever-lengthening list of shows over the closing weeks of 2016 it is becoming increasingly difficult for promoters to attract crowds for all but the biggest headliners. Coming just a day after Alien Ant Farm and a week ahead of four consecutive nights of gigs, Attica Rage's show was up against all the odds.

However, for those that managed to make it down to Limelight2 for The Distortion Project presentation on Saturday (October 22nd) they were treated to a triple set of metal excellence.

Sure, it wasn't the most 'extreme' metal, but it was pure old-school metal with an added dash of thrash.

Openers Conjuring Fate are a well-oiled, smooth and tight machine - no clunking of the gears here. Led by Tommy's charismatic performance and well-balanced vocal delivery they, like the following act Donum Dei, are prepping for a new album, but the familiar tracks drew acclaim.

'House On Haunted Hill', 'Backwoods Witch' and Mirror, Mirror' from their last release capture the mood of classic metal with a NWOBHM attitude. However, this is no retrograde set; rather it brings the sound right into 2016.

Phil and Karl take the opportunity to roam around the venue, exchanging jokes with the audience while on the go with 'Trust No One' was amongst the many highlights of the show.

The camaraderie on stage means Conjuring Fate are a potent force of fun and metal joy.

Donum Dei are ploughing a thrash groove, with a little added frisson of death and classic rocking. From start to end they engage well with each other and the audience. Since the last time we caught them they have tightened up.

New(ish) bassist Neil on bass adds a dimension to backing vocals with Stuart that brings out the best of the arrangements and supports Thomas's ever-impressive attack from then front.

Crowd favourite ' Justice Fails' never fails to impress, just as 'Redemption' and the rest of the set are increasingly forceful from the four-piece.

Attica Rage this year notched up their third album, 'Warheads Ltd', release and performed at Bloodstock, amongst other festivals.

With a decade of gigging experience under their belts Scottish rockers Attica Rage could not be impressed with the lack of crowd, something that just wasn't of their doing. But, those there were largely wowed by the impressive set.

Jonny Parr dominates the stage, with an ease of playing and a range that is multi-dimensional in delivery. 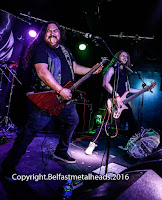 His interchanges with Stevie Bell showcase a maturity in melodious, mighty metal. The festival appearances and this run of UK and Irish dates have produced a locked in unit, with Matthew Ward (bass) and Richie Rage (drums) anchoring the sound.

Songs from 'Warheads Ltd' featuring they also reach back across their previous albums. Despite a slight lag mid-set the band have an ability to produce a narrative across their set, that shows they can rise above any challenges and make their rockin' metal compelling to listen to. 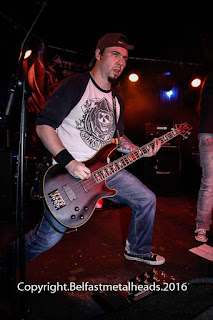 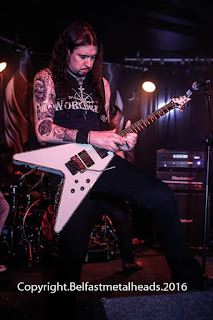 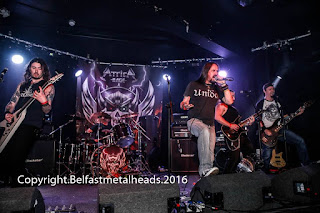 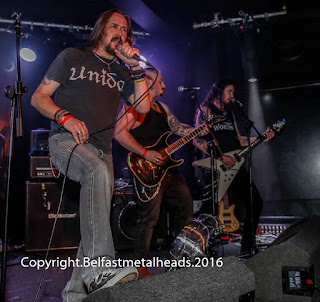 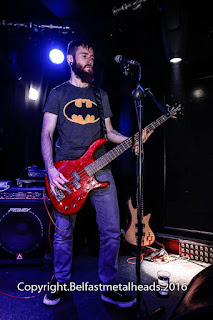 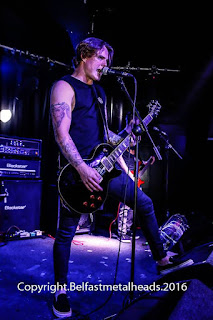 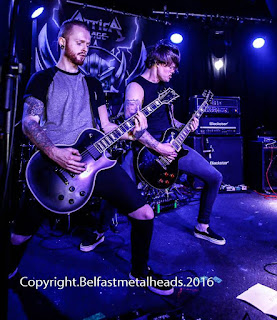 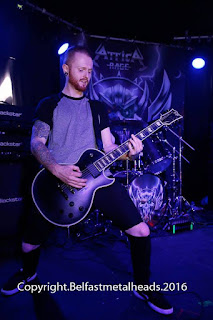 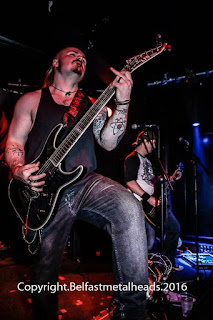 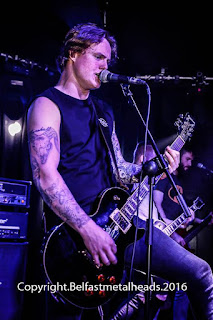 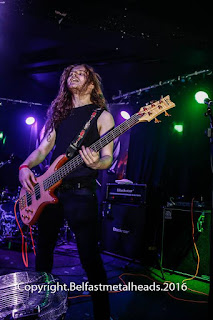 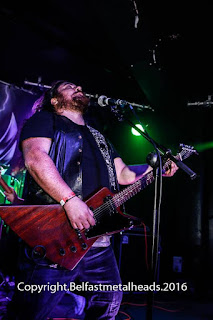 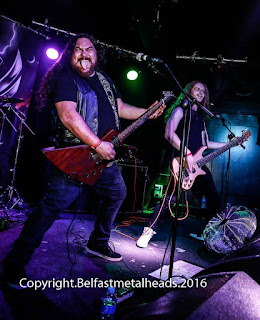 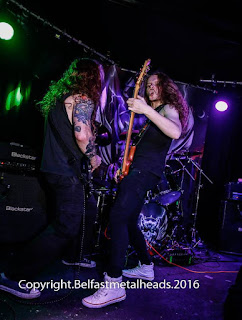 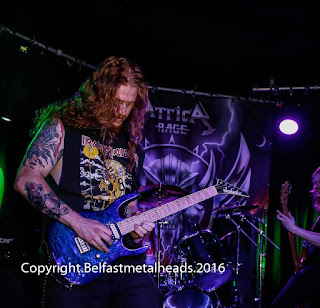 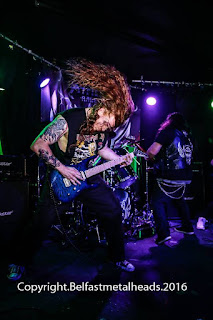 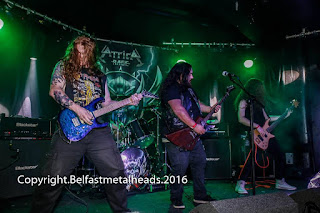