MAVERICK sing about it being "In Our Blood" and for those that make the pilgrimage to the Diamond Rock Club from far and wide, rockin' out in Ahoghill really is in our blood.

The venue sees many an act from across the world grace its stage, but it is a spiritual home for many, many Northern Ireland based acts, where they seem to relax, push themselves and allow themselves to enliven the spirits of every rock 'n' roll soul.

When Maverick played on Saturday (15th October) those souls once again soared in delight.

Before the Maverick lads soaked our blood once again in hard rock Selene took the audience by the scruff of the neck with an accomplished set of symphonic metal.

Shonagh has always had a superb voice, but the live experience over the past year has seen her stage presence grow and she now commands the front.

Overall Selene are on the cusp  of greater things and should attract attention from labels soon.

Maverick have earned a deserved reputation as a mighty force live, and they approach every gig with the same attitude; something all bands should do, approaching each set as if playing Wembley Arena or Madison Square Gardens.

few thousand or headlining Download, bands play not for the crowd, but for each individual in that crowd no matter what. And, Maverick deliver that attitude in bucketloads.

This was a high energy set of songs, drawn from their début and 'Big Red'. As always David leads from the front, a ball of energy, interacting with band mates and the Diamond crowd. By the time third song 'Beyond The Gates' lands he and his four amigos have the assembled in the palm of their hands.

Terry now seems such an integral part of the band that even though he is isolated at the side of the relatively cramped stage he trades licks and is the perfect foil to allow Ryan to solo as if his life depended on it.

Too many times reviewers fall into the trap of calling a set "crowd-pleasing" as shorthand for saying that a band played just what was expected, but Maverick always mix things up, and throwing in a Tyketto cover shows that they are never complacent.

Recently released single 'Whiskey Lover' is greeted like an old friend and by the time the set concludes with the tongue in cheek 'Top Heavy' the band and crowd have poured sweat from every pore.

With the ecstasy still high there came a shock announcement. Drummer, Mike, is leaving the band, as he is moving on to foreign shores. Given his integral relationship with the band, and in particular with Ritchie on bass he will be a tough act to follow.

But Saturday night was not a wake, it was a celebration, a toast raised for all that is good in rock, what a weekend is for, why we move heaven and earth to attend hard rock and metal shows.

Maverick's ever improving shows conjure some of the best shows possible.

A few years back they could (unfairly) be labelled as aping the 80s, but that has never been the case for Maverick. Their influences have always been there, but it has always been about hard rock and classic metal in the 21st Century, and yet again they showed that they are capable of. With so many acts from history peddling their greatest hits on tours that resemble sets to earn a pension Maverick are a breath of fresh air...well, beer-soaked, sweaty air; which is exactly what good rock should be! 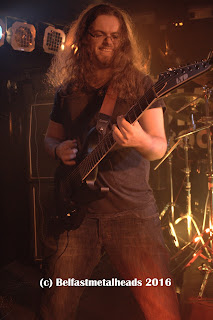 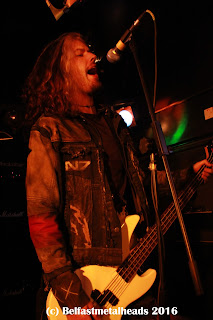 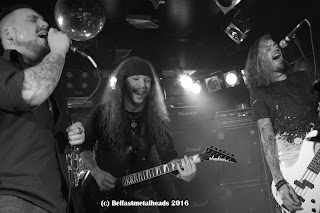 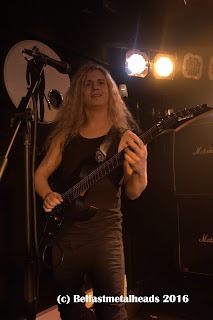 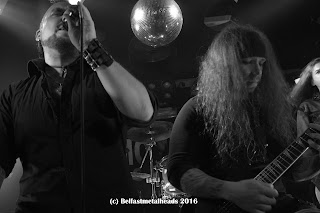