THEY were playing doom metal before it was called doom metal, but Pentagram are often overlooked by a printed media obsessed with the latest young band with a trendy haircut and "core" somewhere in their stated description.

It was Pentagram's first ever Northern Ireland show, and aside from one rather tasteless joke about bombs it was a triumph, a soaring celebration of metal, greeted rapturously.

Before Pentagram could dominate openers Mother's Cake produced a set filled with psychedelic groove, moulded around stoner elements and a number of expressive progressive moments.

The Austrian trio have composure and talent in bucket loads. Yves fluid playing and lush, clean vocals are a joy, but what sets this apart from many is the clear separation in the sound. Whether rocking out or extensive solos, you know what each part of the track is meant to do for the audience.

There is more than a hint of early 70s rock in the sound, but it is satisfyingly enjoyable. Benedikt's bass is clear and resonates, with flashes of funk runs adding to the multi-dimensional sound, while Jans' drums are spot on. Nodding of heads was obligatory, despite some confusing linguistic and geographical confusing references.

But the crowd were in Belfast's Limelight on 11th October were present to worship at the Pentagram altar. More than half of the 200-odd were not even born when the band first emerged from Virginia. That did not diminish their enjoyment.

The tolling bell may be seen as some as a cliché but it set the mood. This was rolling back the years in style, an invocation, and proof that with age comes wisdom in musical terms.

Bobby Liebling may be the only original member, but that matters not a whit in this tour de force showcasing of doomy, psyched out metal.

Liebling is mesmeric, hypnotic and entrancing, enjoying himself as much as the crowd. A slight wobble vocally on the opener 'Death Row' is quickly sorted when the monitor sound is addressed and from there Pentagram do not put a foot wrong.

Victor's guitar work is exemplary and flows as riffs pile upon riffs and solos ramp up the intensity and enjoying playful fights with Bobby.

What is striking is that the band understand pacing of the set and pacing songs in such a way that it engages everyone present. It may be doom, but it is filled with such melody that all the tracks on display draw headbanging and dancing from a few as if it still was the mid-70s

And, it is obvious that the acolytes of Pentagram are as content with new tracks such as 'Curious Volumes' as the older material.

Liebling is, and it cannot be said often enough, is entrancing. Vocal dexterities apart he is always maintaining a presence, whether cajoling the crowd, pointing out individuals or eerie expressions in his eyes.

As the set ended in a wail of distortion, tortured ears were not the concern of the audience. It may have come late in the year, but this is a real contender for one of the Top Five shows of the year.

It may have taken Pentagram 45 years to get to Belfast, but it was worth the wait. They turned the Limelight into the 'Devil's Playground' and it was not so much a Satanic Mass as a metallic meeting of minds. 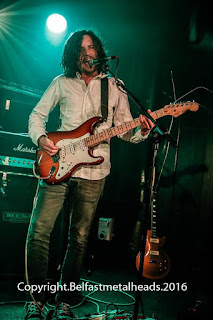 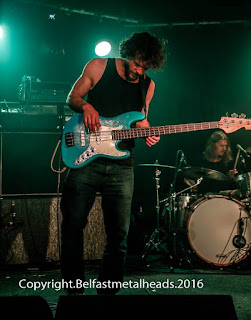 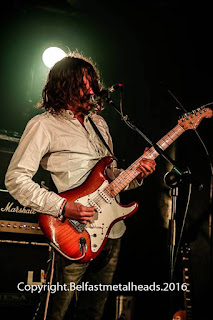 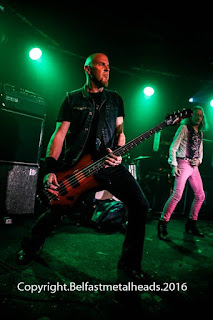 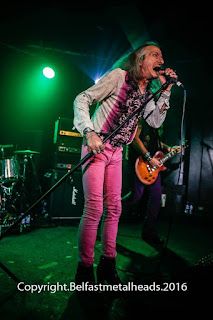 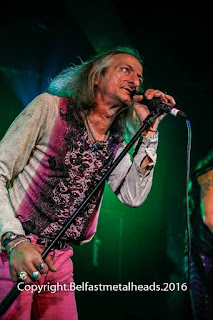 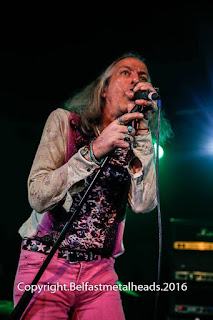 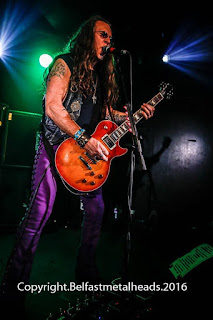 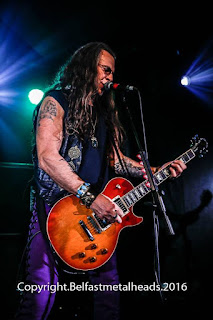