EP REVIEW: More than just leftovers for Epica on The Solace System

WHEN band releases an EP shortly after their album has hit the racks there is sometimes a whiff of releasing cast-offs from that album. But occasionally there is a justification, such as Metallica's decision to release 'Beyond Magnetic' set of four strong tracks.

Equally the decision of Epica to release 'The Solace System' in the wake of 'The Holographic Principle' has some justification. The six tracks were largely left off that 2016 release as they had reached the appointed 76 minutes on the album and weren't keen on doing a double album. 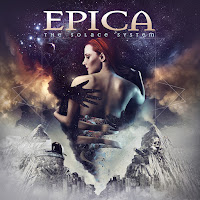 What this EP does is capture the energy that must have been sparking off the band on the sessions recording 'Holographic'.

All the elements the fans of the Dutch syomphonic metal crew are there as expected. As always the soaring, operatic vocals of Simone is there with the metal grit underneath. (in the blurb accompanying the release guitarist Mark is credited with guitars and "growls"!)

There might of the metal is tempered with the flourishes and interpretations of Coen's keyboards and sythns, as demonstrated on the title track and 'Wheel of Destiny'.

Across all six tracks there are the elements that saw 'The Holographic Principle' achieve chart success across Europe.

The one surprise is the inclusion of the power ballad 'Immortal Melancholy' - the first time the band has done a ballad that is guitar driven rather than piano based. Does it work? For us not quite, but we can imagine fans will lap it up as Simone's tortured voice conveys oodles of emotion.

If you were to take this as a standalone EP it would be strong enough to earn its own kudos, but take it as a companion piece to 'The Holographic Principle' and it is more coherent and justified.

The Solace System is out now on Nuclear Blast 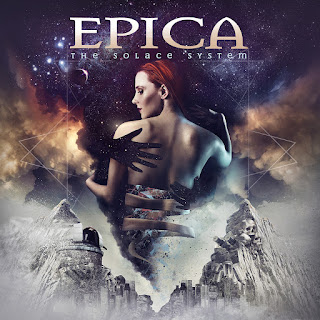