ALBUM REVIEW: Kadavar hark back to the past on Rough Times

WAY back in the mists of time when the occupants of the metal mansion here were looking back at history there was a significant piece of research (okay beer-drenched listening...) about the thing called proto metal.

All was sparked by Michael Mann's film Manhunter, the first apparition of Hannibal Lector. In the closing, haunting chase scene was overlaid by almost the entirety of Iron Butterfly's 'In-A-Gadda-Da-Vida'. Thus said Iron Butterfly album was purchased and with In-A-Gadda-Da-Vida occupying an entire side of the album the flip side was pretty trippy...

With research well underway listening to obscure tracks from Cream, the Yardbirds and many more it was clear that the proto-metal sounds had influenced that first album by Sabbath that created this wonderful music we label heavy metal.

Fast forward to the 21st Century and there is a wealth of bands hooking back into that classic blues based heaviness. But few have done it as well as Kadavar on their latest release 'Rough Times'. 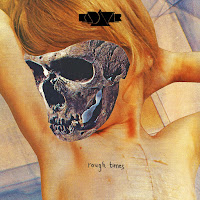 Brimming with heaviness and oozing trippy sensations the trio have encapsulated their own vision of what, well tickles their fancy. They even built their own fucking studio on an industrial estate to get it right.

This, their fourth release, manages to walk the tricky tightrope of heavy distorted blues and laid pack precision.

And, in many ways this is a release that sit perfectly with the old fashioned way there was an 'A' side and a 'B' side to a vinyl release.

The first four tracks are pure grooved out rock 'n' roll, with 'Die Baby, Die' an absolute, as they say, belter.

The first hint of more trippyness is the intro to 'Vampires' before it rocks out.

However, on the closing two tracks -  'You Found the Best of Me' and 'A L'Ombre Du Temps' respectively - the harkening back to a more innocent time when bands were allowed to explore those dangerous things called feelings.

What strikes most of all is the maturity that Kadavar exemplify here. Something guitarist and vocalist Christoph 'Lupus' Lindeman is very aware of.

He said: “We used to put ourselves under a lot of pressure."

“We didn't want to be just another rock band, we wanted to be the best. Now we are free from the idea that we need to hit the charts or fill big halls to become happy. To get to that point everyone involved needs mental maturity, and this satisfies me more than any full arena.”

They have had chart success. They have filled arenas. But 'Rough Times' feels more as if they are content to be themselves with no expectations. It is an album that should propel them much further, an album that is, overall, a worthy successor to what has gone before.


Rough Times is out now on Nuclear Blast 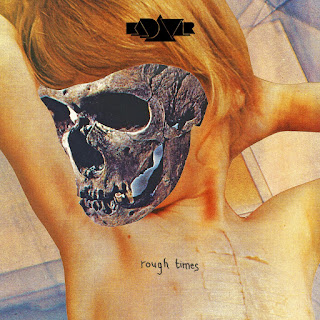