ALBUM REVIEW: Big Truck rolls over all in its path as Trucker Diablo go to war on 'Fighting For Everything'

THE Big Truck has just got an upgrade, superchargers fitted and the engine tuned to within an inch of its life. Trucker Diablo are rolling inexorably forward with new album 'Fighting For Everything' set to wipe the floor and leave a trail of fans slack jawed in amazement.

But first a Public Service Announcement: Should you play this album in your car you are more than likely to incur a speeding fine. When you have it playing your right foot will have a tendency to go further to the floor...The traffic cops may understand, but don't rely on it.

If said cops were to listen to 'Fighting For Everything' they would bow down and acclaim Trucker Diablo. 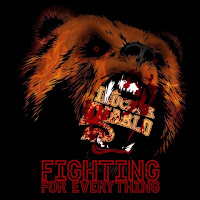 It is an album born from adversity, birthed in troubled times for the members of the band personally, and because of the travails of the music industry.

But those travails see a band emerging with a single finger thrust in the air, and defiant 'fuck you' to all that dare stand in their way. While all previous releases by Trucker Diablo have been excellent, this is their magnum opus - a masterpiece of heavy melodic rock.

Kicking the audience's ass from the start with 'Born Trucker' these are 11 songs many an international superstar band would kill to have in their repertoire.

Ten of those songs will have your fist pumping, but when you are standing proud, singing along Trucker being Trucker hit you with a sucker punch. After being so pumped up the closer 'When The Waters Rise' smacks you in the face. Emotionally charged, wonderfully arranged, if you don't feel the tears well up you don't have a heart.

The entire album  - boosted by Frankie McClay's production polish - is a masterclass in how to deliver a varied, but coherent set of tunes, rooted in a conjoined passion for rock 'n' fucking roll.

There is a fire within this album, and that fire has forged an album that works. Yes, works. Whether it is the resolute stance of  'We Will Conquer All' or 'Fighting For Everything' or the impassioned 'Over The Wall' it works as a complete set of tunes.

And, it has enough variety to please all Trucker fans - in fact all fans of hard rock. 'Let's Just Ride'. Don't fucking tell Joe Elliott or Jon Bon Jovi about this song. This captures all that was great about those wonderful days when rock ruled supreme.

And, 'Detroit Steel' is reminiscent of when Kiss had balls. If Simmons and Stanley hear this they may actually decide to record new material. And if they do they won't come close.

Is this description sounds like over-blown hyperbole so be it. Given it's a Northern Ireland band, readers could be forgiven if we were listening to this with more than a taint of bias. However, that is definitely not the case.

When a band bares their soul on the songs they commit to master tapes that are this personal it is something to be marvelled upon. When Tom sings "The scars will keep hurting/But my love will never change" on Drown In The Fire' you can sense the battles the band have been though to release this album.

And, many listeners will spot 'Voodoo II' and wonder have Trucker Diablo disappeared up their own arses á la 'Tallica's unforgiven. Then the track grabs you by the back of the neck, kicks your arse, and throws you to the ground. This is Voodoo fitted with nitrous oxide, a 16 cylinder beast, a truck that will roll over anything in its path.

This is as complete as an album that can be released. Tom, Simon, Jim and Terry have exceeded all expectations. If this is the recorded new material we feel our bowels loosening a little in expectation of the live delivery.


Fighting For Everything will be officially launched on October 14th at QUB's Bar Sub, with Gasoline Outlaws opening the show. 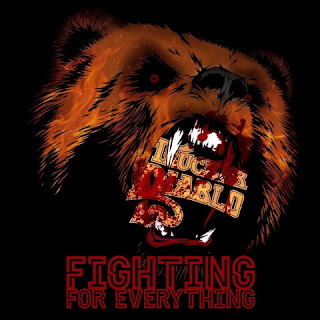