ALBUM REVIEW: Godsmack's Sully Erna takes us down an enjoyable middie of the road journey on Hometown Life

GODSMACK have sold millions of album, but what some fans have missed is the solo work of singer and guitarist Sully Erna.

The talented front man is about to release his latest solo effort 'Hometown Life' (September 29th) and it is a massive departure from the sound of Godsmack. Indeed, on first listen it is a middle of the road release so beloved of American bands trying to gain wider airplay.

That initial listen almost makes Nickleback seem edgy, but then when you delve deeper this is varied and raw. 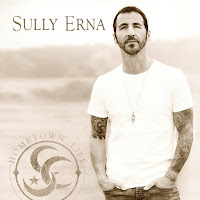 Narrative driven, this is a lyrically poignant release. There are tales within that do more than merely tug on the heart strings. 'Different Kind of Tears' tells the story of teenage pain told from a parent's perspective. [Check out the video on which parents who have lost children from opiod abuse appear.]

The title track 'Hometown Life' almost gives you the belief that this is going to be a Godsmack Lite release, but the variety of chosen styles from Sully could easily throw the listener. The aforementioned 'Different Kind of Tears' echoes New Country and 'Turn It Up' is practically a Motown song from the golden era of Detroit. He even clicks his fecking fingers...

But despite the varied styles what is striking about 'Hometown Life' is how appropriate the music is to the lyrics.

All written by Sully on piano and acoustic guitar each track sets the mood. The closing duo of 'Father of Time' and 'Falling To Black' are achingly excellent.

This is not a hard rock album. This is not a selection of tracks to rev you up. But, it is an album to carefully consider, to listen to and absorb. In many ways it is reminiscent of the off-beat Gillan Glover release 'Accidentally on Purpose' with less jazz...

After listening to a lot of extreme metal and incendiary punk of late 'Hometown Life' was a reflective chance to ease back. Give it a chance, but importantly give it several listens and let it all sink in.


Hometown Life is released on September 16th on BMG 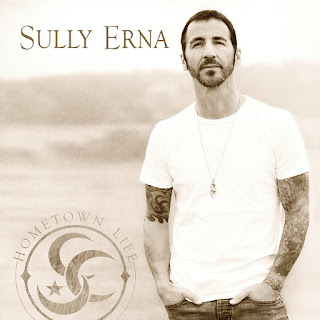